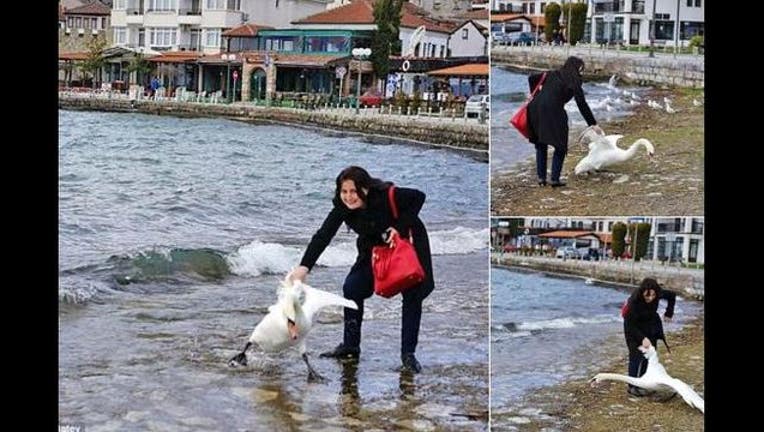 (FOX NEWS) - A European tourist is sparking outrage after she was caught dragging a swan to take photos with her and then left it to die.

Photos of the tourist at Macedonia’s Lake Ohrid surfaced online this week.

A smiling woman is seen pulling the bird out of the lake and clutching it by its wings to take a picture.

After the encounter, reports say the swan “remained motionless on the beach.” It later died.

Readers of the story are now accusing the woman of animal abuse.