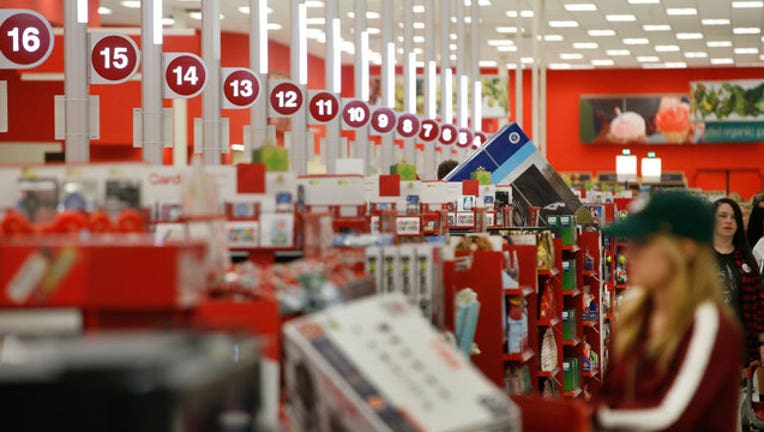 Shoppers check out with 'Black Friday' deals at a Target on November 24, 2016 in Orem, Utah. (Photo by George Frey/Getty Images)

NEW YORK (AP) - Target is raising its minimum starting pay for workers for the second time in less than a year after seeing a bigger and better pool of candidates.

Target, which hiked starting pay to $11 an hour last fall, said all workers this spring will receive a minimum of $12 per hour.

CEO Brian Cornell said Tuesday that Target will offer workers $15 an hour by 2020.  He says Target Corp. recorded a significant spike in applicants when it boosted pay, and a better quality of worker, too.