GROSSE POINTE, Mich. (FOX 2) - Basketball is about teamwork. That's exactly what it took to save the life of a Grosse Pointe girls basketball coach who collapsed from cardiac arrest on the court during a game.

Bob Zaranek and Kevin Richards are longtime friends whose lives will be forever connected by teamwork that goes beyond the hardwood. Bob is the freshman girl's coach at Grosse Pointe South and was working at the scorer's table on January 10th for a varsity game.

Just as the second half was about to start, Coach Bob went down hard and cracked his head.

"It just happened, all of a sudden," Coach Bob said. "My eyes went blurry and that's the last thing I remember."

His heart had stopped and Coach Bob was in cardiac arrest in front of his team.

Trainer Collin Karcher jumped in to help and there was immediate concern that Coach Bob was in desperate need of help.

"Split his head open. Just collapsed. He was unconscious, our trainer Collin said that he didn't have a pulse," Coach Kevin said.

The team, not the girls in uniform, sprang into action.

With Kathy running point, Collin called 911, another coach, Joe Srebernak, jumped in to help, while Kevin sprinted for the defibrillator. 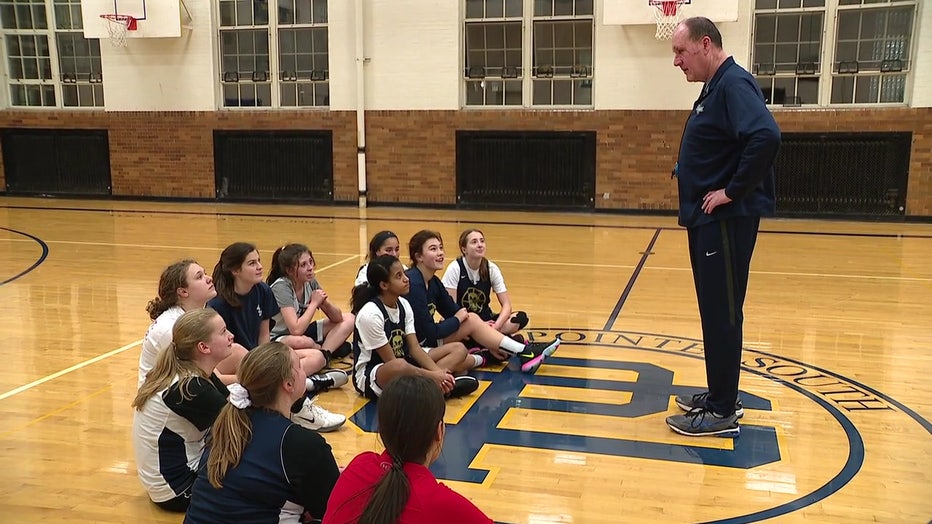 Grosse Pointe basketball coach Bob Zaranek speaks to his team after his life was saved by another team of people.

"My students were sitting across. They said they've never seen me run so fast," Coach Kevin said.

He knew from personal experience that his friend, his fellow coach, might die. He knew because it happened to his own father, Scott, who was playing basketball in 2003 when he went into cardiac arrest. He was just 52.

That was 17 years ago when there was no Automated External Defibrillator (AED) to save him.

Coach Kevin knew they had an AED and they were not going to lose Coach Bob.

"It's fight or flight. You have adrenaline going and you don't have a choice," he said. "(I) charged it up and shocked him and brought his pulse back."

Coach Bob was back. He was bleeding and confused but he was alive. And he was thankful to have been at that game at that moment, surrounded by his team.

"If I was in any other spot, I probably wouldn't be here right now," Coach Bob said. "(There's) great people here. I don't know what to say. I guess God put me in the right spot at the right time and it worked out."

Coach Kevin can't help but think they were all in the right spot at the right time. He thinks his dad, Scott, was there, too.

"It was intense. It hit real close to home," Coach Kevin said. "There's no doubt that I feel that my dad was there with us - no question. It was a team effort for sure. That's what we preach: sharing, taking care of each other."

That teamwork saved a life. Now they're determined to save even more.

By sharing the amazing story, they hope more people will get CPR certified and more schools and businesses will have emergency defibrillators on hand.

"Having those AED's, it's a life saver, truly a lifesaver," Coach Kevin said. "Things happen for a reason and we always say basketball's a great game. Gives people a lot of opportunities and basketball helped save a life." 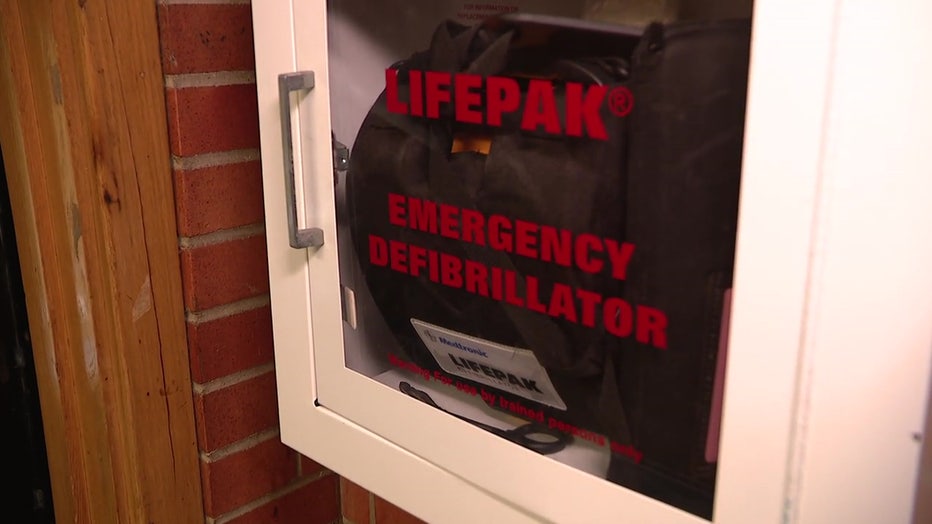 An emergency defibrillator like this one saved Coach Bob's life when he collapsed in the middle of a game in Grosse Pointe.