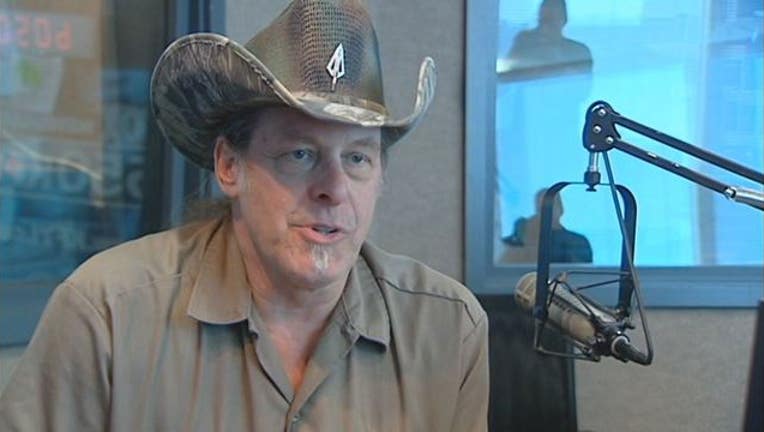 (WJBK) - Ted Nugent, the 'Motorcity Madman', said in the wake of the shooting of Congressman Steve Scalise, he will tone down his rhetoric and encourages everyone to be respectful of the other side's stances.

The outspoken rocker said he is re-evaluating his tough-guy approach after the shooting in Alexandria, Virginia. He told FOX 2's Huel Perkins that fiery and heated discussions are a good but to escalate to the point of violence is un-American.

"We can have heated debates and fiery debates. But we have to walk away respecting that we're going to make the ultimate decision at the voting booth. Never should any American subject fellow Americans to any kind of violence, whatsoever," he said.

"I'm not going to engage in that kind of hateful rhetoric anymore," he told WABC.

The often-controversial guitarist is known for his wild and inflammatory statements, such as telling President Obama to "suck on my machine gun" and labeling him a "subhuman mongrel." Nugent also called Hillary Clinton a "worthless b---h" in 2007.

"I'm a 'we the people' guy. I think the founding fathers wanted all Americans to be like Ted Nugent - raise hell, demand answers, ask questions, and demand constitutional accountability from our elected employees," Nugent said.

However, he said that he's recently had a change of heart regarding the tough talk he doles out.

"I have made a vow, based on the inspiration of my beautiful wife Shemane that, even though I have never abdicated, suggested or made any hit whatsover toward any violent behavior or harming anyone, I'm going to be more selective. I'm not going to back down my passion or the fire that I have for good causes and constitutionality. I will be more selective in how I select that to minimize, reduce, and hopefully eliminate fanning of any flames from either side of the political persuation. I think in the heat of battle, we have reached acritical mass right now where we're praising people or taking things too literally and bringing harm to our fellow Americans," he said.

"We all owe it to this great country to do what we can to reduce that. I'm doing what I can."

He won't steer clear of politics altogether but says that's not an excuse for violence.

"There's never an excuse for violence. Never should an American harm another American. That's the realm of criminality and the realm of rotten people. I know that if we disagree on things, that's no excuse to go criminal or become rotten."

Many in the Michigan GOP have hoped Nugent would consider a political career and Nugent said that he wouldn't rule it out but it needs to be with the support of his family.