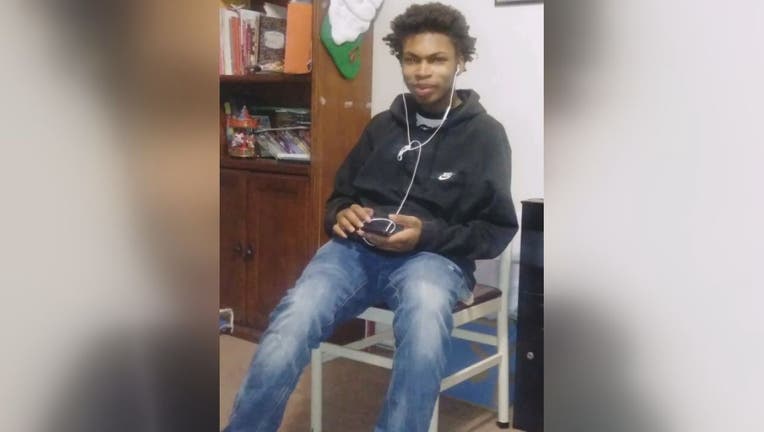 The family of Da'Sean Blanding held a press conference Monday asking the school district to thoroughly investigate Da'Sean's death, and to say they will be fighting to revise Michigan's anti-bullying law to protect individuals with learning disabilities.

Da'Sean was learning disabled and his mother, Christina Blanding, says he had been bullied at a former school before briefly being homeschooled before switching to Mumford. She believes the bullying continued at Mumford and that it may have played a role in his death on Feb. 24.

Christina said at the news conference that Da'Sean was found in the pool with blood coming out of his nose and that he had a gash on his head. She believes there may have been some roughhousing going on in the pool area before her son drowned.

"This is not a drowning," she said at the news conference.

The mother of a Detroit high school student who drowned last month believes the drowning was no accident.

The family's lawyer, Johnny Hawkins, said the investigation into the drowning is still ongoing - but they've since been told that the teacher was not in the pool area when it happened.

Hawkins said Monday that they've been told there was an altercation of sorts in the pool area and that the teacher noticed what was going on and told the students to cut it out. Then the teacher left the pool area - Hawkins says the teacher was gone for several minutes - and that's when the drowning happened.

Hawkins says it's still not clear if Da'Sean was found unresponsive by his peers or by the teacher.

More so, Christina says she never signed a consent form for her son to go in the pool. She says she didn't send him with pool clothes and that he should have been kept in an upper balcony area during swim time.

Da'Sean's funeral was held on Saturday.

Meanwhile, the swim teacher has been suspended with pay, something that is very upsetting to Christina and her family.

The district released the following statement:

"The district continues to mourn the loss of Da'Sean and is dedicated to determining the truth of what occurred on the day of his death. As we have stated since the incident occurred, we want justice and the truth for the family--no matter what the investigation yields. The Detroit Police Department is conducting the investigation regarding the incident, not the district. Due to their ongoing investigation and no additional information released at this time, we started our own and separate employee investigation regarding the matter. As a district, we have directly engaged and supported Da'Sean's family and will continue to do so. ‎We agree that the teacher should be on administrative leave without pay. However, state law is clear that a tenured teacher cannot be placed on leave without pay. Our employee investigation regarding this matter is surfacing concerns with the teacher's responsibilities regarding this tragedy and shortly the superintendent will be making a disciplinary recommendation to the School Board. In the meantime, the district must follow the law and due process regarding employee discipline. Our focus right now is determining the actions of the teacher that day and we will then move to review the actions of the counselor, other employees, and the principal. Our preliminary review of this incident does not indicate that Da'Sean's death was the cause of gang activity, his learning disability (LD), or bullying as defined as consistent and persistent harassment. The district and school, at this point, has no record of the latter."

Hawkins said Detroit school officials told him they'll make a decision this week with regard to the teacher's termination or reinstation.