(FOX 2) - A 14-year-old who lost his uncle to a drug overdose is turning his pain into something positive.

Nikolas Odisho wants people to receive treatment instead of jail time. The teen has started a fundraiser for Hope Not Handcuffs, so other families won't have to lose a loved one to addiction.

"I am doing this for the honor of my uncle because I love him," he said.

Nikolas' heart still aches after losing his uncle back in 2015. Daniel Byrd died of a drug overdose while locked up in the Macomb County Jail. The 14-year-old, who has autism, struggled with the pain. But it started to ease a bit when he learned about an organization that gave him hope.

"To help other people's families get the relatives off the streets and get them into detox rehab," he said.

Hope Not Handcuffs is an initiative started by Families Against Narcotics. It allows a person struggling with drug addiction to walk into 80 different police stations in the area and ask for help.

Instead of being arrested, they would be greeted with support and taken to a treatment center.

"I would tell them please get help so your family does not have to struggle with what my family did, what I had to struggle with," Nikolas said. "Let people help get you off drugs - and let them get into rehab so you don't have to get into jail."

Nikolas has turned his pain into a mission to raise money and collect donations for hygiene kits and other items that will make people feel more comfortable when they enter rehab.

Lisa Boska is the Clinton Township Angel Coordinator for the organization.

"A lot of times people are walking in off the streets they have nothing," he said. "So we keep them in our bins at police stations and give it to them before treatment."

Since 2017, Lisa says Hope Not Handcuffs has placed 3,500 people into treatment. She has witnessed the success stories including her own son, who she says has been clean for a little over two years.

She was more than happy to help Nikolas with his fundraiser.

"I was very excited to meet him and very proud that a 14-year-old would take the time and initiative on his own to help people he doesn't even know," she said.

Nikolas and his mom are collecting items for the angel kits - they have also started a GoFundMe page for monetary donations.

Anything from hygiene products to blankets and sweatshirts are appreciated, as this 14-year-old works to save another family from losing a loved one who never found a way to break their addiction.

"I am really proud of him for his effort no matter the outcome," she said. "I know that he is helping somebody at the end of the day."

"If my uncle would have had Hope Not Handcuffs, (it) would have helped him, he would have got off drugs," Nikolas said. "He would still be alive today." 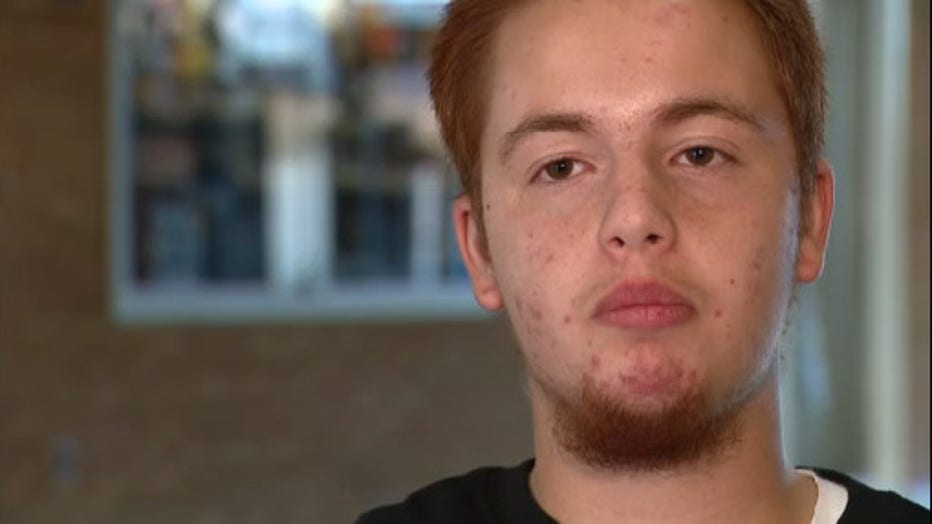