Christopher Grady wears a mask to cover his smile and dreadlocks to hide his scars.

"I don't feel normal. I really wanted to kill myself."

Words no mother wants to hear from her child.

"He's a really wonderful kid you know?" said his mother Princess Thomas. "So for this to happen to him, it just makes me feel sad. I'm hurting for my son."

Now he wears a mask to cover his smile and dreadlocks to hide his scars.

"I smacked into the back window," he said. 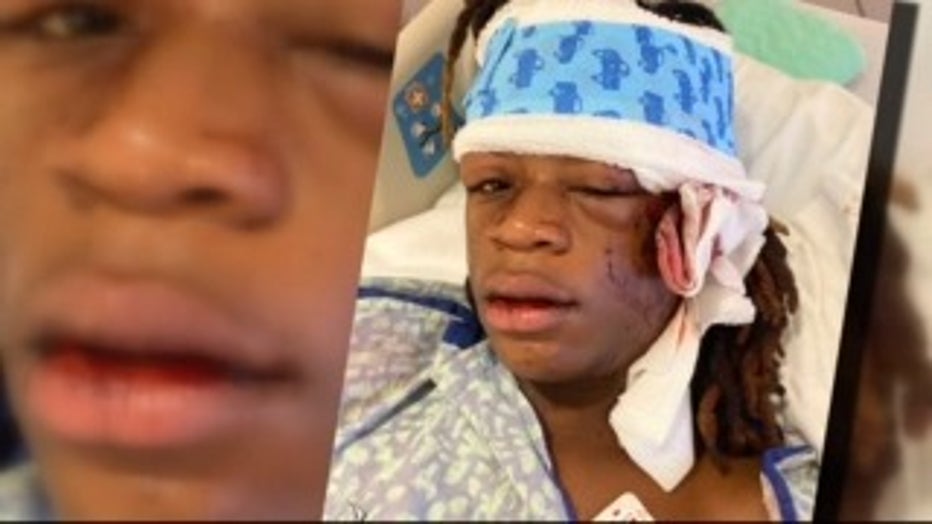 Christopher Grady in the hospital after being victimized in a hit and run.

At 15, Christopher Grady was carefree and confident. - before August 13th of last year. It was that day he says,  he stopped feeling "normal."

"I really wish this would have never happened," he said.

Riding his mini-bike with a friend near Morang and Faircrest on Detroit's east side that morning not far from his home, Grady says a car slowed at the intersection appearing to let them cross -but suddenly sped up - hitting him.

"I went and it just came by and just smacked me," he said.

The bike flipped onto Grady knocking him unconscious. His friend calling his mother after they say, the driver just took off.

"You gotta be a cold-hearted person not to stop for a kid," Thomas said.

Grady's mother frantically rushed her oldest child to the hospital.

"When I woke up for real, I felt my mouth, my teeth were just gone and it really hit me," he said. "It hit me real bad. Then I just looked all over my body and there was blood everywhere." 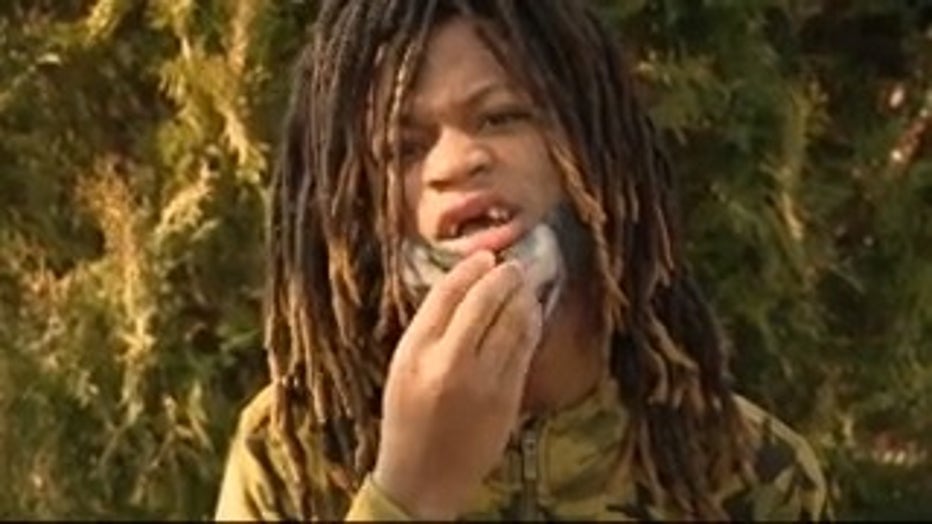 Christopher Grady after the hit and run crash.

Grady's mother says since the accident, her usually self-assured and outgoing son now - rarely leaves his room. He is embarrassed to even show his smile.

"All I do is stay in the house now," Grady said.

His mother hopes someone out there knows who is responsible for this. She is also hoping there's someone - who can help her son smile again.

"I'm just praying to God that we can get some help," she said.

FOX 2: "Do you think new teeth it will help you with your confidence?"

"Yeah. I would be really happy for that," he said.

If you know someone who could help Christopher, contact FOX 2 at fox2news@fox.com and anyone who has information in the crime, please contact Detroit police or Crime Stoppers at 1-800-SPEAK-UP.