Teens charged in death of woman hit by falling log

LOGAN, Ohio - Two teenagers were charged in connection to the death of a 44-year-old woman who was hit by a falling 6-foot log at a state park in Ohio.

Victoria Schafer, a resident of Chillicothe, was killed Sept. 2 while visiting Hocking Hills State Park. Authorities said Schafer was struck by the log, weighing 74 pounds, on stairs near Old Man’s Cave and died at the scene. 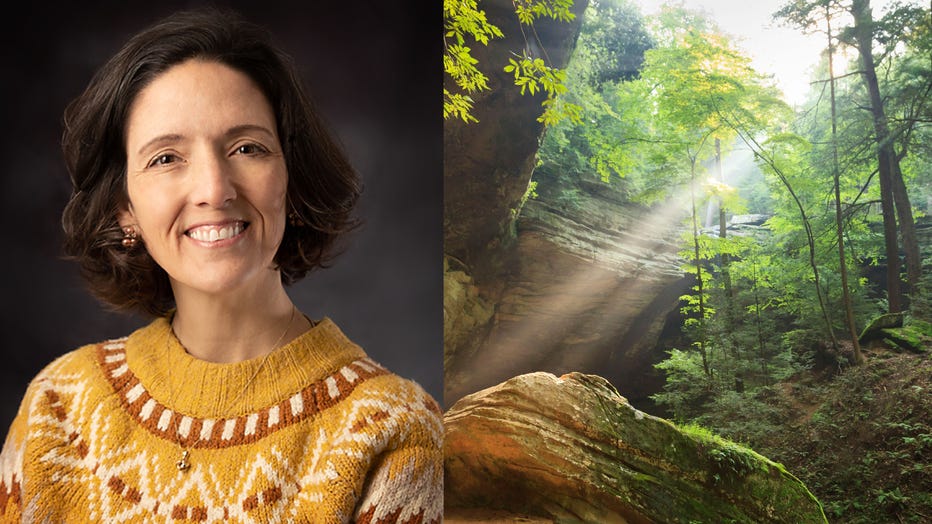 Investigators with the Hocking County Sheriff’s Office and the Ohio Department of Natural Resources said it was determined that the falling log was “not a natural occurrence,” according to a news release. Detectives received information about two teenage boys who might have been involved.

On Oct. 8, detectives received a tip from a caller indicating that one of the teens allegedly sent text messages to a classmate stating he had done something serious at the park with another juvenile, the Chillicothe Gazette reported.

“Investigators conducted interviews with the two individuals where they obtained a confession regarding the incident,” the sheriff’s office said.

Authorities did not identify the teens because of their ages. The two were being held at a juvenile detention center to await court proceedings, according to the statement.

Schafer, who owned a photography business called Victoria Schafer Photography, was shooting senior portraits for six high school seniors at the park when she was struck by the log, according to the Dayton Daily News.

Schafer’s oldest son, John Schafer, told the Dayton Daily News that he learned about his mother’s death from his father.

“I just figured maybe I heard the wrong name on the call, or maybe I was just hearing it wrong,” he said. “The next day the family found out it wasn’t a tree branch, it was a log.”

Schafer added that his family “just wants some closure” in his mother’s death and to find out what happened and why.

“If there’s anybody that understands teenagers making mistakes, it’s my mom and me,” he said. “If it was truly just some kids that didn’t know any better or were just being stupid kids, and not anything more than that, I think my mom would understand.”