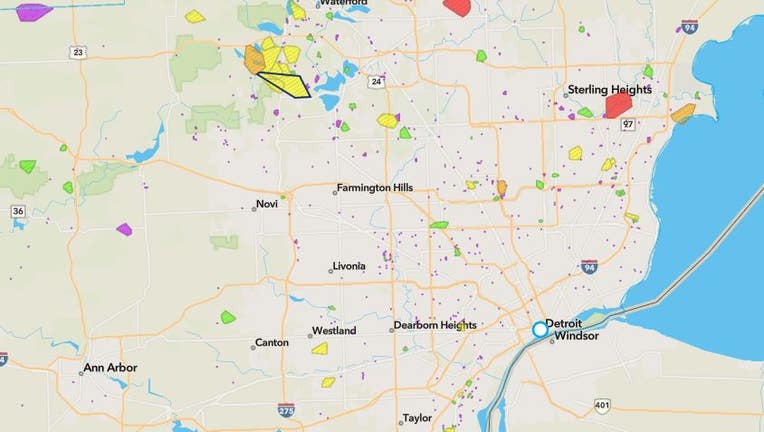 DETROIT - It's been a summer to forget some tens of thousands of Metro Detroit residents who have seen their lights flicker and their refrigerators turn off periodically over the past few months.

The severe weather that's plagued the region swept through again Wednesday morning, knocking power out for more than 40,000 people at one point.

While the occasional outage dotted Detroit and some of the surrounding cities, Royal Oak, Sterling Heights, and parts of northern Oakland County appeared to be dealing with the worst of the wind damage.

RELATED: How long can refrigerated food keep if the power goes out?

It's the latest case of strong winds and heavy rain having its way with Michigan's power grid.

DTE had just recently finished restoring power to some 600,000 people after strong winds and a thunderstorm swept through the state in mid-August. The massive outage brought criticism from many exhausted from the inconsistency of reliable power.

Consumers Energy customers didn't escape unscathed either, with close to 38,000 people, most in mid-to-north Michigan, losing power. You can check out their outage map here.