DETROIT - Detroit invented lanes on the roads. It cultivated the three-colored traffic signal. As a beacon of automotive innovation, Detroit is ground zero for up-and-coming technology breaching the industry.

Autonomous driving could be next.

At the North American International Auto Show this June, several companies will be unveiling the potential for this new technology with free rides offered to patrons throughout the show.

"You don't advance if you don't take these risks. I think there is something to be said in that. We've been working on this for the better part of a year and planning even prior to that.  I'm very very confident in our team," said Trevor Pawl, the senior vice president of business innovation at the Michigan Economic Development Corporation.

Seven companies will be offering free rides in autonomous vehicles during the entire 15 days during the show. Using an app called Moovit, auto show attendees can either schedule a robo-taxi or find a spot to be picked up at.

"It is a challenge to the industry to really come together to provide a service or something akin to that that has never been done before," said Elise Feldpausch, an ITS Connected Vehicle Specialist Michigan Department of Transportation.

Seven companies will be offering free rides in autonomous vehicles to patrons at the North American International Auto Show this year as the city pushes itself into the public eye as the nation's center for innovation in the auto world.

But with every burgeoning industry, there's skepticism to its application in the real world. That barrier is a similar one faced by all new forms of technology - and will be a challenge for companies that have invested in the industry.

"Everybody's very apprehensive to be able to get into a vehicle that isn't something they control," Feldpausch said. "The biggest piece of what we are trying to achieve is one: deliver the service, but then also make it something that people are comfortable with. Something that we are able to more normalize these types of technology in the eyes of the everyday person."

Combating that perception will be companies like Yandex, which will be at the auto show. Known as the "Google of Russia" to some, the company can take a sedan that's rolled off the lot, outfit it with radar, cameras and other technology, then send it into the world without anyone behind the wheel.

Riders will be able to summon a Yandex-outfitted car that will pick them up at about a dozen locations around the city.

RELATED: How the coronavirus could affect the Detroit auto show

There will also be KIA sedans outfitted by an area-company called FEV that will be waiting to pick people up at the airport. Tom Tasky, the director of intelligent mobility at the firm said that while several companies may be participating in the NAIAS 2020 Mobility challenge, all companies are still on the same team.

"It's called a challenge, but we're not competing.  We want to all work together to help showcase what's going on in the state. To help each other recruit people and make sure we get the best minds here in the state to show what we are doing so we all want to make this successful," said Tasky.

In addition to showing off their new toys, the MEDC will also be surveying anyone who rides in the driverless vehicles. 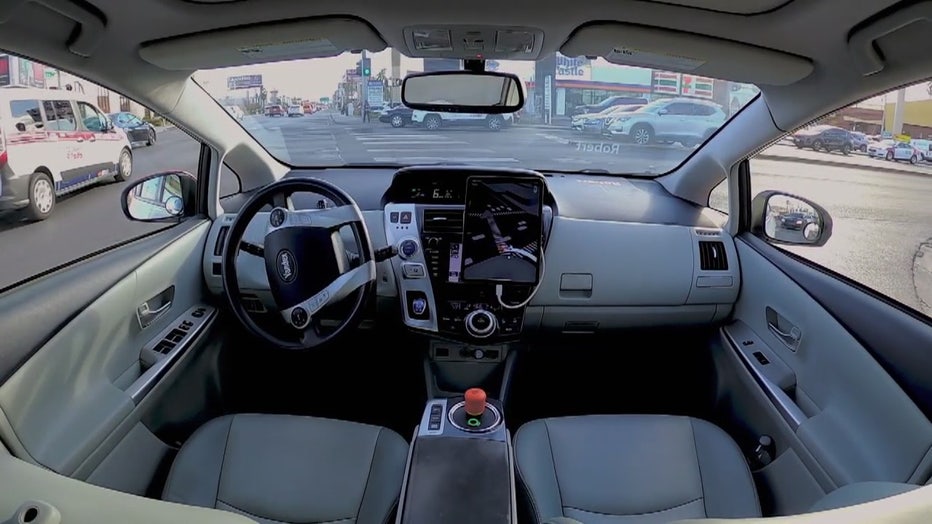 "Autonomous transportation between the airport and downtown and then once you get downtown, you have your circulators to get anywhere you want to go. To me that is a sign of a leader," Pawl said. "We really have never stopped innovating but we haven't done the best job of promoting it and this is an opportunity to reestablish that narrative."