Thanksgiving dinner will cost more in 2022

It’ll be no surprise to anyone that Thanksgiving dinner might cost more this year due to ongoing supply chain backlogs and, of course, inflation.

America has seen prices go up due to inflation in the past and working with a tight budget is not a new concept for many families.

But even during times of no inflation and when the economy wasn’t recovering from a global pandemic, the prices for some of your favorite Thanksgiving dishes have steadily risen.

Data collected by AFBF in 1986 shows Thanksgiving dinner cost $28.74, on average. Sounds great, but remember, that was over 30 years ago and prices are always relative to the current economy.

"General inflation slashing the purchasing power of consumers is a significant factor contributing to the increase in average cost of this year’s Thanksgiving dinner," said AFBF chief economist Roger Cryan. "Other contributing factors to the increased cost for the meal include supply chain disruptions and the war in Ukraine." 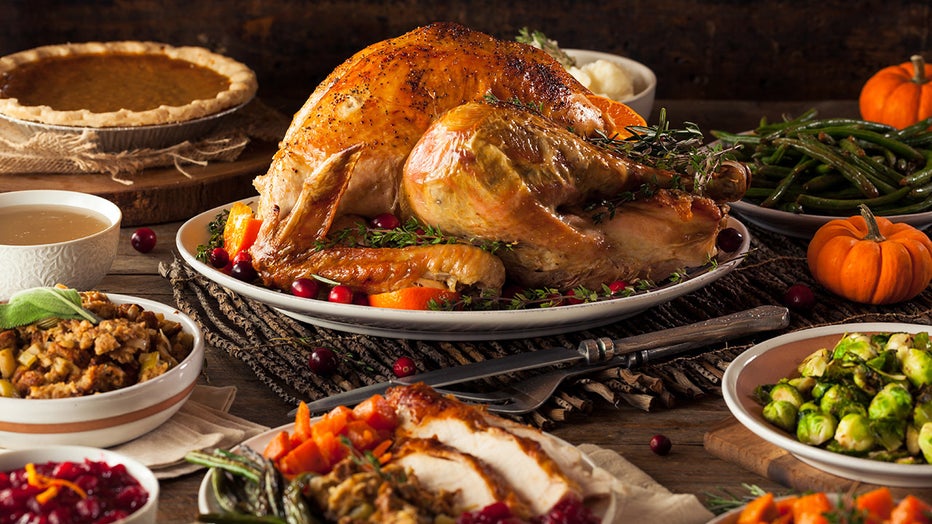 RELATED: How to save on your Thanksgiving dinner this year

Here is a breakdown of how much some of the most popular Thanksgiving dishes will cost you this year.

The cost of turkey has certainly risen in the past couple of years, not only due to inflation but because of supply chain issues.

"The higher retail turkey cost at the grocery store can also be attributed to a slightly smaller flock this year, increased feed costs and lighter processing weights," Cryan continued.

But don’t fret, the supply of whole turkeys available to consumers should be adequate this year, according to AFBF, not including regional shortages in some states where bird flu was detected earlier this year.

A 5-pound bag of russet potatoes will cost consumers on average $3.64 this year, which is up 68 cents since 2021, according to AFBF.

To compare, in 1986, the cost of potatoes was about 22 cents per pound, on average, according to data collected by the Bureau of Labor and Statistics (BLS).

They may not be the most popular to many, but let’s face it, vegetables are going to be at your upcoming Thanksgiving dinner.

The price of vegetables, and fruits, have slowly decreased since October, according to BLS, but a typical celery and carrot veggie tray will still cost consumers about 6 cents more at checkout on average.

For green beans, it’ll cost shoppers 39 cents more at stores, according to AFBF.

Not everything on your Thanksgiving dinner list will cost you more this year. In fact, the cost of fresh cranberries has decreased by 41 cents on average since last year.

The index for fruits and vegetables fell 0.9% since October after increasing 1.6% in September, according to BLS data.

"Farmers are working hard to meet growing demands for food – both here in the U.S. and globally – while facing rising prices for fuel, fertilizer and other inputs," said Cryan.

A typical 14-ounce bag of cubed stuffing mix will cost about $3.88 on average, which is up 69% since last year, according to AFBF.

The price of eggs, which were also impacted by the bird flu outbreak in March, has already risen 32.5% while butter and flour have risen 25.8% and 17.1%, respectively, according to the analysts, which used the August CPI data to show the increase in cost since November 2021.