The 1000 Hours Outside movement gets kids away from screen time

Benefits of outside play include bettering social skills, physical strength, and emotional well-being. On the 1000 Hours Outside website you'll find printable trackers to log the hours.

FOX 2 - How much time did you or the kids spend outside today? There is a Metro Detroit family who is behind a global movement to get all of us outside more.  Here's the IG goal- get outside for 1,000 hours.

"We live in Pinkney, we have five kids," said Ginny Yurich.

And as often as possible, you'll find the Yurich kids outside. Their mom Ginny says a big change started with a small conversation.

"My friend told me kids should be outside for three to four hours a day," she said. "I thought that was crazy, but then I tried it. I tried it in 2011, in September. And that one day changed our lives.  We went to Heritage Park in Farmington and the kids just ran around and played. I got to catch my breath. It's like mother nature is another mother."

They were so amazed by the power of the great outdoors, they started the 1,000 Hours Outside movement which may sound overwhelming or complicated, but it shouldn't.

"I read what often looks like frivolous play, is really a hyper-rich learning environment," Yurich said. "Because kids are learning to negotiate, and compromise. It is almost better for you to step back a little bit. Their brains spur them on, their instincts spur them on to learn, to try new things, complexities of their movement, and their brains are working better. The pressue is off and you can gain more, by doing less - just by stepping outside."

The benefits of outside play include bettering social skills, physical strength, and emotional well-being. On the 1000 Hours Outside website, you'll find printable trackers to log the hours.

With kids headed back to school there's more screen time and less free time, so the idea is to squeeze in outside time when you can. 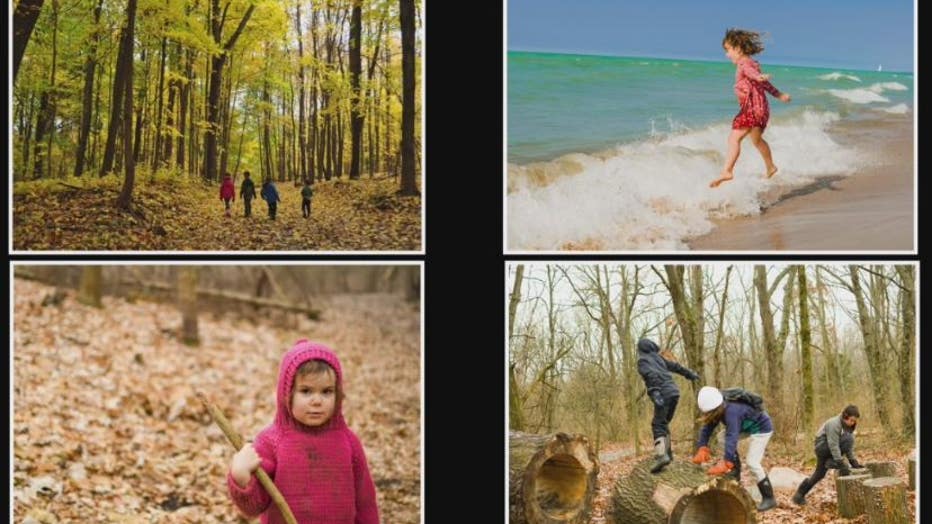 Ironically, thanks to technology, the Yurich family has been able to spread the word about walking away from screens.

Remember long days outside in the summer will make up for the darker, shorter winter days when it comes to adding up the hours.

Ginny says we have so much great outside space all around our state - she says to go to Google Maps and search for playgrounds and parks.

There are activity books to help you get going. For more information go to 1000hoursoutside.com