FOX 2 - You tuck away your high tech gadgets in your car, hoping thieves won't see them. But now, the bad guys are finding a way to detect what's in your car whether it's hidden or not.

"So this is basically a menu of what I have in the parking lot of the items that I could steal right now? Absolutely. And if you're going a little further as well it will show how far off, it's a tracking beacon so it Will show you how far or close you are from the potential device," said cyber risk expert David Derigiotis.

It is a warning that could save you thousands of dollars

It's a warning that could save you thousands of dollars. The bad guys are after your tech sitting in your car.

"It could be an iPad, Fitbit, connect to toys, laptop, printer, anything that connects," Derigiotis said.

Leaving any of that in your car, under a seat, in a glove box, covered with a coat -- it's all visible to thieves thanks to their iPhones, which some of the criminals are using to track tech in your vehicle.

Derigiotis with Burns and Wilcox shows us how it works walking through this Meijer parking lot in Southfield. The bad guys find an app that looks for Bluetooth ready devices they can see in the palm of their hands.

"These are all current devices that are beaming or sending out a signal for a Bluetooth connection," he said. "So this is a jackpot for somebody who is potentially looking."

The closer you get to the front door of the store, more cars mean.

More treasures for the trouble makers.

Specifically, David shows how they can pinpoint a specific device. David planted his own treasure in his car-and then shows us how easy it is for the crooks to hone in on their target.

"It's Sony and a wireless speaker and let's see right now it is showing zero so it is looking so it's telling us we are not close but as we continue to get a little bit closer to the car it will pick up that signal," he said.

By the time we walked right up to his car, they're might as well have been a sign that said take me. His phone showed that his speaker was there. So what can you do to make sure you're not a target?

"There are a few different things you have to do. Just simply hiding it is not enough. Are they putting it in airplane mode or fully powering down the device are the most prudent things you can do," Derigiotis said. 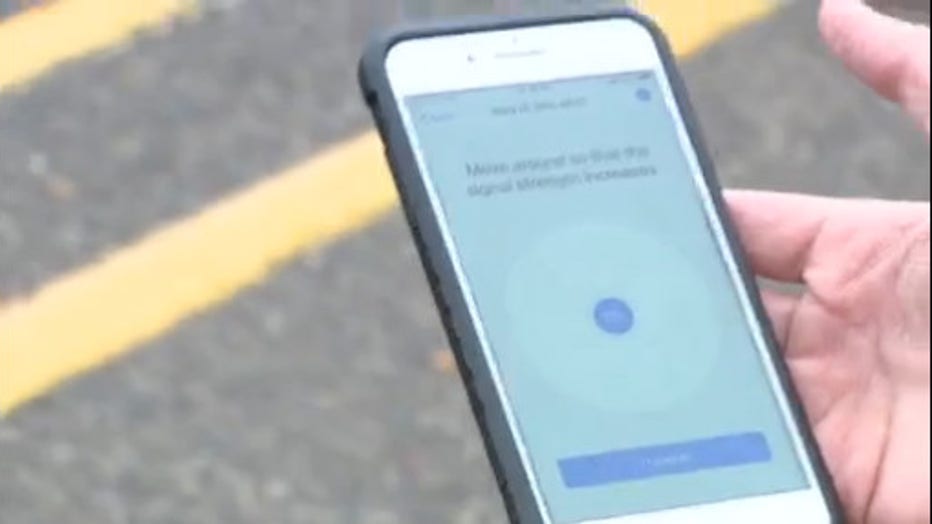