DEARBORN, Mich. (FOX 2) - The new movie Ford versus Ferrari is the story of how Henry Ford II wanted to beat Ferrari in the most prestigious car race in the world, Le Mans.

But to know the real story of how Ford would beat Ferrari, FOX 2 went to the Ford engineering lab in Dearborn. It's the real thing, so let's start in 1963.

"Ford tried to buy Ferrari," said Ted Ryan, Ford Archives. "We negotiated, we had a final deal, Enzo (Ferrari) had approved it, and we were all the way to the end with the signature and he backed out at the last second."

That made Henry Ford really mad.  So to get back at Ferrari, Ford assembled a team to race at Le Mans France to beat Ferrari.

"The Le Mans is the most important race, because it shows that do you have a car that can last 24 hours - only the best companies can win at Le Mans," said Nowland.

"There was dust in the gearbox," said Ryan. "They went too quickly into production; it wasn't going to work."

FOX 2: "How mad was Henry Ford getting?"

"At this point, every engineer and every employee that worked on the project, got a card from Henry Ford saying you better win in 1966," said Ryan. "So they were going to win in 1966."

In 1966 Ford brought a new racing team, a new car, and a new attitude.

"We felt we were better than anyone else," said Nowland, an engineer for the racing team in 1965.

"We perfected the car, with Holman-Moody and Shelby American and with the three partners working together, we had a winning car," Ryan said.

Ford still has the trophy from 1966 when Ford beat Ferrari at Le Mans.

"At the win I got the shot adrenaline and that was just fantastic," said Nowland.

The real thing is nice, but the movie will be out in theaters on Nov. 15. 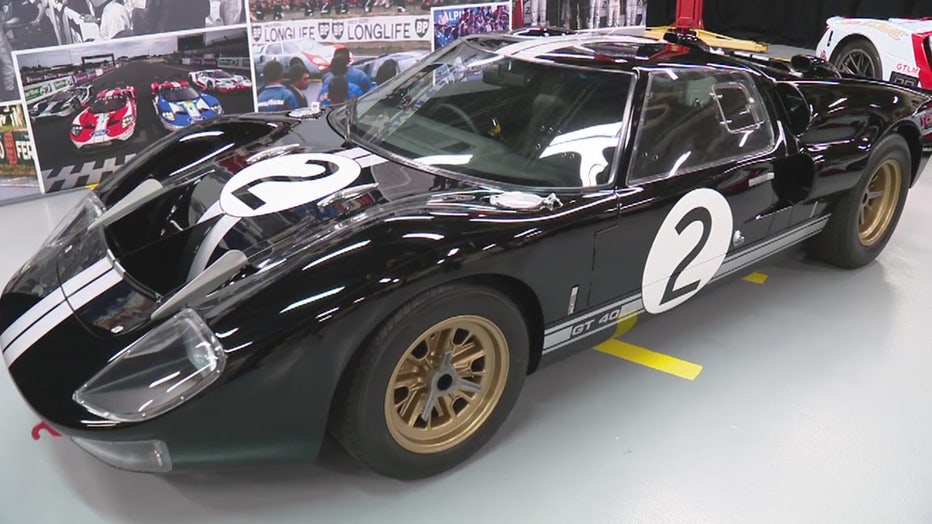