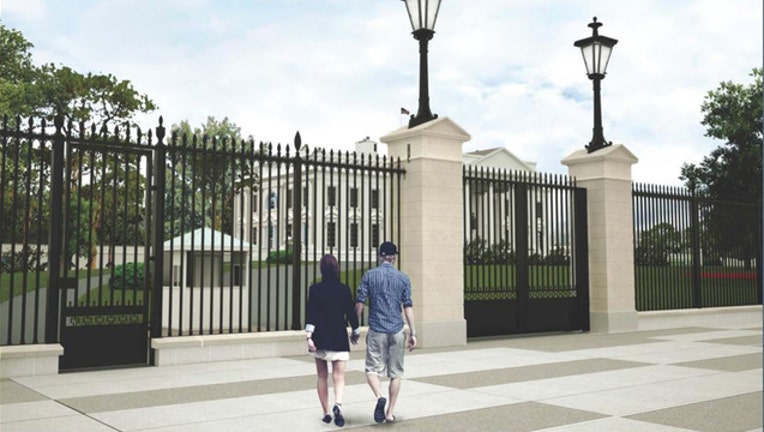 (FOX 2) - No matter when he leaves office, President Trump will have at least one new wall to look upon when his tenure expires.

The White House perimeter is getting touched up with a new fence. Five feet taller than the current one, it comes with anti-climbing measures and new crash-rated gate options.

The change was proposed as a way to improve security measures at the White House, following a number of attempted break-ins in past years.

Run by the Secret Service and the National Park Service received final approval for the upgrade in 2017, when the U.S. Commission of Fine Arts and National Capital Planning Commission gave them the go-ahead. Approval was necessary due to the historic nature of the property.

For those who didn't know they needed it, the chronicle of obstacles bordering the White House is a fascinating one.

When Thomas Jefferson ran things, a low stone wall bordered the house - an unthinkable sentiment in today's political world. Then a rail-style wooden fence was installed not too long after. Not to be overshadowed by the quickest-security-improvement-to-a-border-protecting-the-president record, another fence was put in the next year - this time it was a wrought iron fence.

By the 1900s, the fence was six feet tall - towering over any average-sized man (although since men have grown an average by 2.4 inches since then, it wouldn't have been so daunting to climb now).

For all you fence fanatics curious to know more, the specifics to this monument to modern security upgrade can be found in a planning commission power point.

Other White House fence-related facts include the implementation of spikes after Sept. 11 2001 and its total length of 3,500 feet. The construction will 'only' cost $64 million.

In January, a 55-year-old woman tried jumping the barrier. Later in February, a man attempted to get into the White House to help Trump "bring peace to the world."

The most famous incident was in 2014 when a man carrying a knife hopped the fence, darted more than 70 yards across the north lawn and got in the front door. He didn't get much further.