DETROIT - Maybe snow fell on your driveway, but you don't want to shovel. Or perhaps your sidewalks are blanketed with a blanket of white fluff, but you aren't home to clear it.

Introducing Quikplow, the new application that helps you order your own personal plowing service. Think of it like Uber or Lyft for snowplowing.

"In the past 24 hours we've had four people sign up in Rochester Hills, Bloomfield Hills and that kind of area so it's been cool to see people signing up as its getting colder," said Steve McIsaac.

An app that is gaining popularity in Grand Rapids has migrated to southeast Michigan. Called Quikplow, you can think of it like uber but for snowplowing.

It's popular in Grand Rapids at the moment, but the team is expanding into other markets. And with such a fitting weekend to discover such a service, the team hopes you might be their next customer.

Signing up is relatively easy. A few steps on the app gives you your own personal account. You will have to punch in your credit card information, but because the service is run through a third-party, there's no need to worry about them holding onto your personal information.

All of southeast Michigan is under a Winter Storm Warning until noon on Saturday.

The average price for a driveway that fits four cars is about $50.

"And if it's snowing a foot, which it might be tonight, then it might be a little bit higher," said McIsaac.

You can also tack on additional services, like sidewalk shoveling and salting.

When you're signed up, you'll get a text message when a driver is in the area. Then, you request them.

"It's giving you a couple steps along the way - driver's en route, driver's here, and drivers completed the job," said McIsaac. 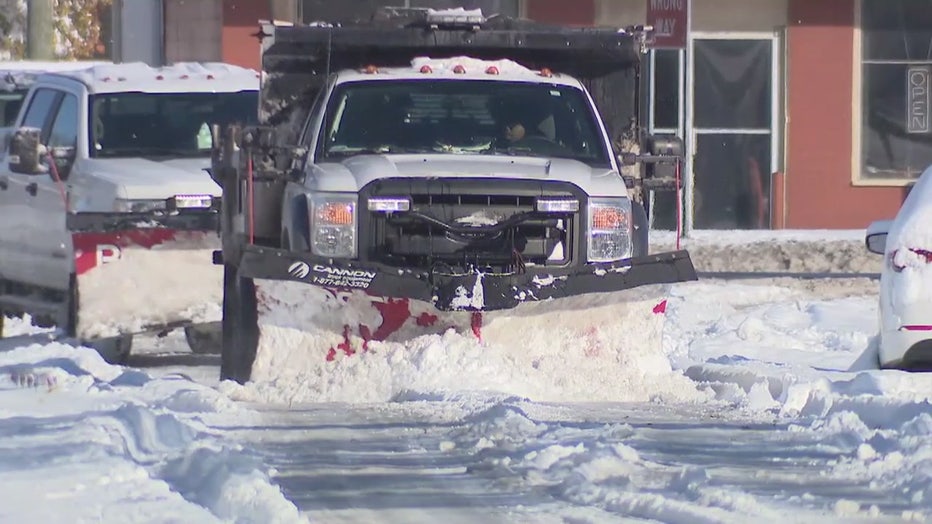 A picture of the completed job is also sent to Quikplow so the service can keep tabs on work that's been done.

The app works on both iPhone and Android.