ROSEVILLE, Mich. (FOX 2) - Police in Roseville are searching for a man who stole a Salvation Army red donation kettle from a bellringer in front of Walmart this week.

Police were called Walmart on Gratiot in Roseville around 7 p.m. on Wednesday to the larceny report.

A Roseville thief is wanted for stealing a Salvation Army kettle from a bell ringer who had stepped away for just a moment and the crime was caught on surveillance video.

According to police, the bell ringer stepped away from the kettle for a moment. In that brief time, he was away from the familiar Salvation Army red kettle bucket, an opportunistic thief walked up, cut the security wire and stole the bucket.

Surveillance video from Walmart shows the man cutting the back wire as oblivious shoppers walk by him to go in and out of the store.

At one point, a man is just a few feet from the thief and the crook appears to back away from the kettle for a second. He turns his back to the kettle, pockets his tool that cut the wire, and then takes his coat off.

He uses the coat to conceal the kettle as he takes it off the hook and walks away from the stand. The man then hops on a bike and pedals away.

The amount of money inside the bucket at the time of the theft is not known but the Salvation Army said the buckets collect up to $500 each day. That's enough to feed a family of four for five weeks.

Roseville Police are asking for help finding the thief and ask anyone with information to call 586-447-4494. 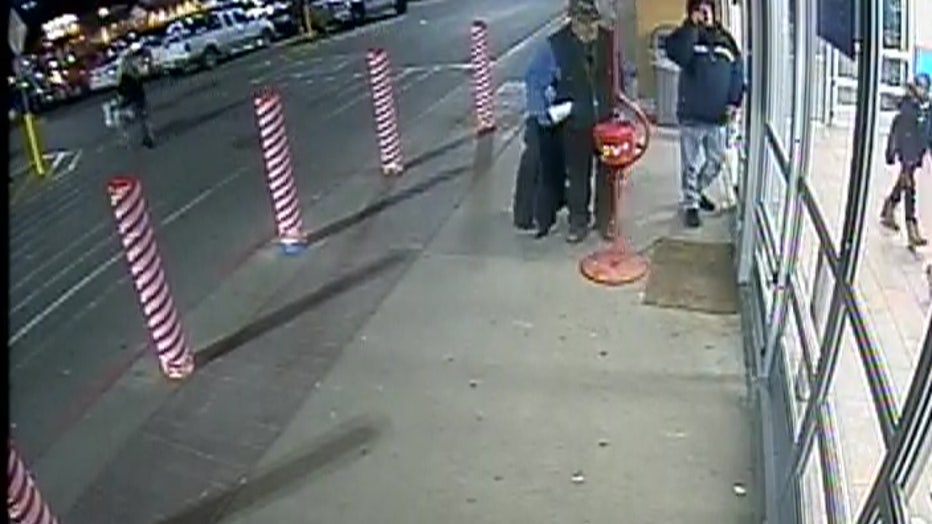