ROCHESTER, Mich. (FOX 2) - Police in Rochester are searching for two thieves who stole a rare and priceless gem cut from a stone found in Lake Superior.

According to Opalus of Rochester, the thieves walked into the store Sunday evening a little after 5 p.m. and walked out with a pendant that had a Lake Superior thomsonite gem on it.

A Rochester jewelry store that specializes in Michigan gems was robbed after a thief walked into the store and walked out with a Thompsonite necklace, a rare stone from Lake Superior.

The jeweler said the gem does not have a street value and "would be very hard to cash unless you knew a collector".

Opalus wrote on Facebook that the two people walked in while they were working on a jewelry repair. With their backs turned, the thieves took the pendant and the display.

According to police, the thieves are believed to be high school kids and they won't be able to contact the schools to investigate until January 6.

Because of that, the owner of the jeweler has released a surveillance video in hopes of tracking down the thieves. They said they just want the pendant back because it was a rare showpiece in the store. 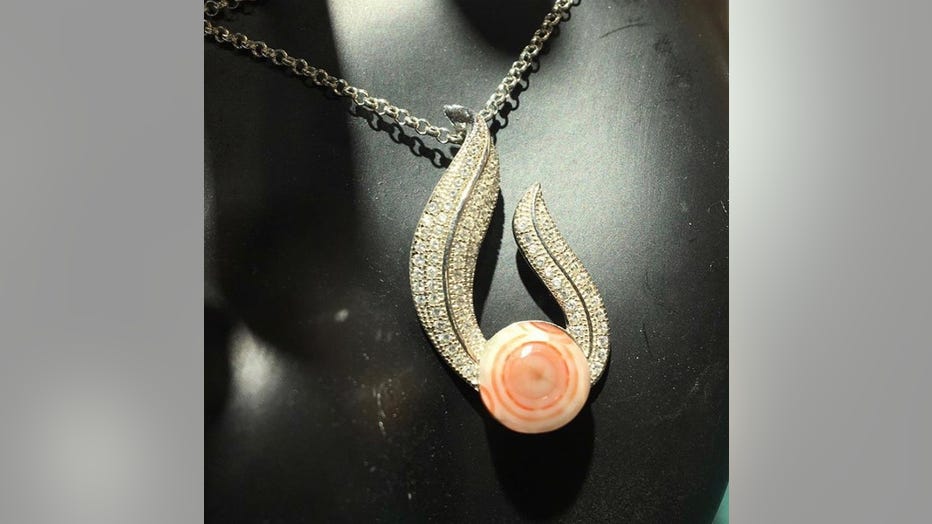 According to Opalus of Rochester, the thieves walked out with a pendant that had a Lake Superior thomsonite gem on it.