Angelena Taylor became a Dole Caregiver Fellow - helping others caring for veterans get the resources they need, because those veterans may be the heroes - but people like her- are the Hidden Heroes.

FOX 2 - Angelena Taylor describes her father Benjamin as a public servant - a veteran of the United States Marine Corps, Vietnam era, and call him an amazing man.

"My dad's been my hero ever since I was a child," she said.

Her dad served as a Marine then came home to serve the city of Detroit - as a police officer.

"He retired as a sergeant - 27 years - and then he went on to work as a police investigator with the Detroit Public Schools Police Department," she said. "I love my dad - he's amazing."

But in 2015 that amazing guy had a massive stroke. Angelena's mom had died years before, so the then-28-year-old graduate student suddenly became his full-time caregiver.

"I cook his meals for him - he's not able to transfer into his wheelchair or back into the bed unassisted, but he can with assistance," Angelena said. "And those were some areas that were not immediately trained when he got discharged from his rehabilitation facility."

She had a lot to learn - all while learning the curriculum for her master's program at Wayne State University. Then she became a special education teacher at Cesar Chavez Academy High School.

During that journey, she started looking for resources for caregivers like herself and discovered the Elizabeth Dole Foundation. The organization is committed to those who care for our service members and veterans - like Dole's husband Senator Bob Dole - a decorated veteran of World War II  - who died last week. 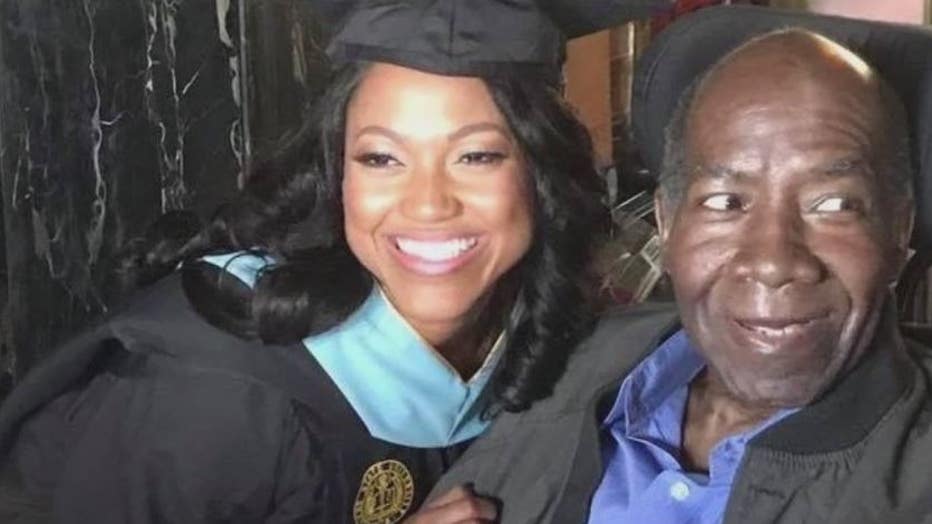 Angelena became a Dole Caregiver Fellow - helping others caring for veterans get the resources they need, because those veterans may be the heroes - but people like her- are the Hidden Heroes.

Romanoff is with the Elizabeth Dole Foundation via Zoom.

"You never lost sight of what it means to give back," she said. "And we really want to give back to you and we want to show our gratitude to you."

She's joining us with a special gift for Angelena.

"With the generous support of the FOX Corporation and the FOX 2 family, we're really excited to present you with an exciting holiday gift this year - we're actually going to be providing you with $10,000 as a special thank you, for all that you do."

And with that, our Hidden Hero couldn't hold back the tears of gratitude. 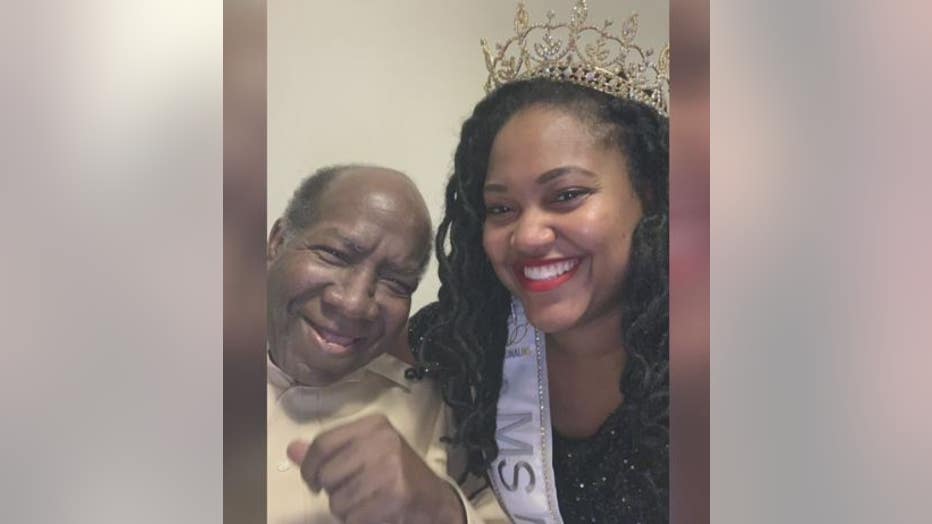 "I was totally not expecting that," Angelena said. "You guys are amazing - thank you."

It's a gift that will help Angelena pay down her college loans - and - she says - pay it forward.

"Create a scholarship for other caregivers - so I'll put that toward that as well, and pay it forward for others," she said.

It seems that, in helping her own hero - Angelena's become one, too. 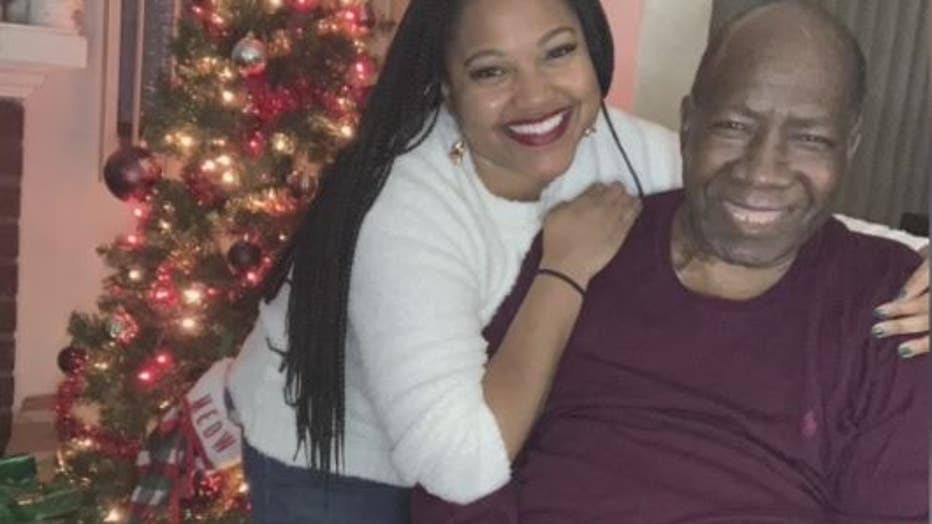