FOX 2 - Three siblings are mourning the loss of both their mom and dad to COVID-19.

Nameer and Nada Ayram came here as refugees from Iraq and eight years later they became victims of the coronavirus. The Chaldean community along with the children's school district and ASG Automotive where their father worked, are really embracing this family.

Three siblings are mourning the loss of both their mom and dad to COVID-19.

"Things progressed, we realized that they were going to need a lot of help," said Renee Yaldo.

It was March when Yaldo and the Chaldean American Ladies of Charity first began helping the Ayram family of Sterling Heights. The kids, 20 year-old Nash, 18-year-old Nadeen and 13-year-old Nanssy are forced to fend for themselves after their parents were in the ICU with COVID-19 on ventilators in two different hospitals.

"The two oldest kids did have it and self-treated at home while their parents were in the hospital," Yaldo said.

But their parents did not survive, dying within weeks of each other. Nada was 46, died on April 21st. Their 52-year-old father Nameer lost his battle on Monday.

"The parents were fine and healthy and then they just weren't feeling well," Yaldo said. "And to think that is last time you would see your parents, is just devastating."

Yaldo says the Ayram family escaped the ISIS violence in Iraq and immigrated here in 2012 hoping to live the American dream. Without any relatives here, their oldest son Nash is left to care for the family.

"Mom was a homemaker, the dad brought in all the money," said Yaldo. "He took care of the family; the kids were really just treated as if they were on a pedestal. Mom cooked and cleaned for them, drove them to school, and took care of everything. So these kids now have to learn a new way of life." 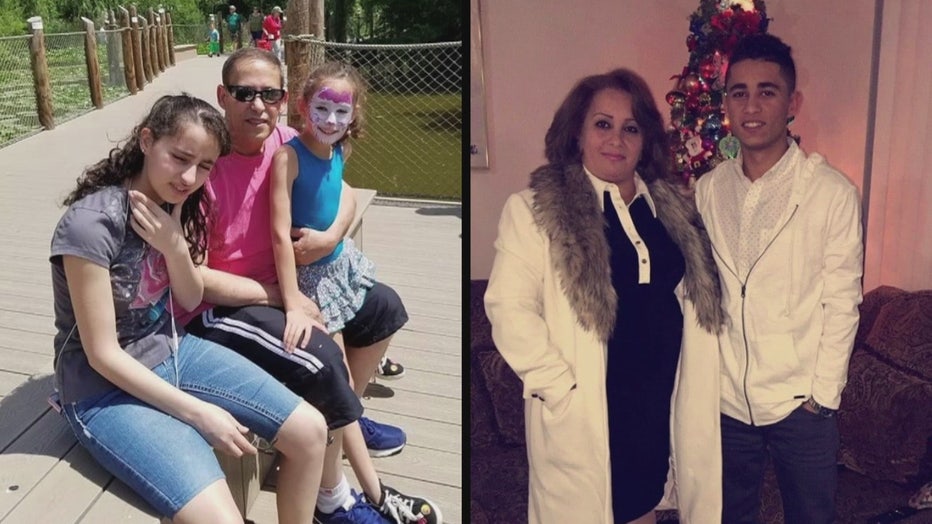 To help support the children, the Chaldean American Ladies of Charity set up a fund on their website - called "Friends of Nash." A GoFundMe account, which was originally set up to assist the family as they recovered from the virus, has been transferred into a trust. So far they have raised more than $110,000.

"This fund we raised for them is going to be so important," Yaldo said. "They have the rest of their lives to worry about and we don't want them to worry about the little things as they mourn the loss of their parents."

If you would like to help, go here to donate.