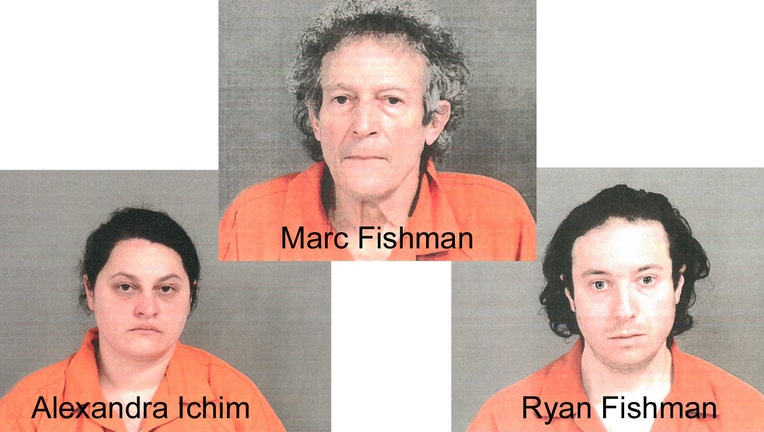 Marc Fishma, Ryan Fishman, and Alexandra Ichim are all charged with multiple felonies including racketeering and forgery. Prosecutors say the attorneys would forge paperwork to illegally garnish wages.

Prosecutor David Leyton called a 3 p.m. press conference on Tuesday in Flint to announce charges against the attorneys from Oakland County.

Leyton was joined by Genessee County Sheriff Christopher Swanson to discuss the multiple felony charges including racketeering, forgery, and obstruction of justice.

Three Oakland County-based attorneys on the other side of the law - charged for a conspiracy to steal money from people - who didn’t even know it and.duping judges along the way.

"These lawyers put a dagger in the heart of due process and victimized some of the most vulnerable people in our state," said Leyton.

According to Swanson, the three attorneys were "professional debt collectors".

"It's greed. It's simple greed," said Swanson. "If it wasn't for the courage of these victims and witnesses to come forward, we might not be here as soon as we are."

Swanson said that many plaintiffs would be told by the attorneys that the wages were not able to be collected. In fact, Swanson said, the attorneys did collect the money but they didn't turn it over to the client.

If you think you've been a victim of the Fishman group, you're urged to gather your paperwork, write a statement, make copies, and submit it to the Genesee County Prosecutor.

"We don't know how big this is, we don't know how long it's been. We do know it's up to 1,000 victims," said Swanson, saying that there are cases in Kalamazoo County and other counties as well.

Leyton said the first case goes back to at least August of 2019.

The racketeering charge is a 20-year felony, forgery is a 14-year felony for each count, and obstruction of justice is a 5-year felony.