The LX trim model vehicles are mainly the targets in this new trend, and thieves are using USB cables to do it.

FRIDAY NEWS HIT - Kia owners are being put on notice after a TikTok video goes viral -- showing people how to steal the rides. The LX trim model vehicles are mainly the targets in this new trend, and thieves are using USB cables to do it.

"I was parked right here, I pulled up right here, and my aunt knocked on the door and said, ''Tonia, where's your car at?'" said Latonia. "(I said) outside, and she said 'It's not here.'"

Make no mistake about it, Latonia is only laughing to keep from crying. Her 2022 Kia Sportage was stolen right from the driveway on Detroit’s east side around 4 a.m. Tuesday.

"I felt defeated," she said.

The moniker is for a group of young men who provided a how-to guide to stealing the cars. And with a USB cable, someone can start up and drive off with your car.

The low-tech hack reportedly works on Hyundai models as well. The key is that the targeted makes and models only use keys.

This method does not work on push-start vehicles or those equipped with an immobilizer —a  device that keeps the engine from starting unless the right key is recognized. 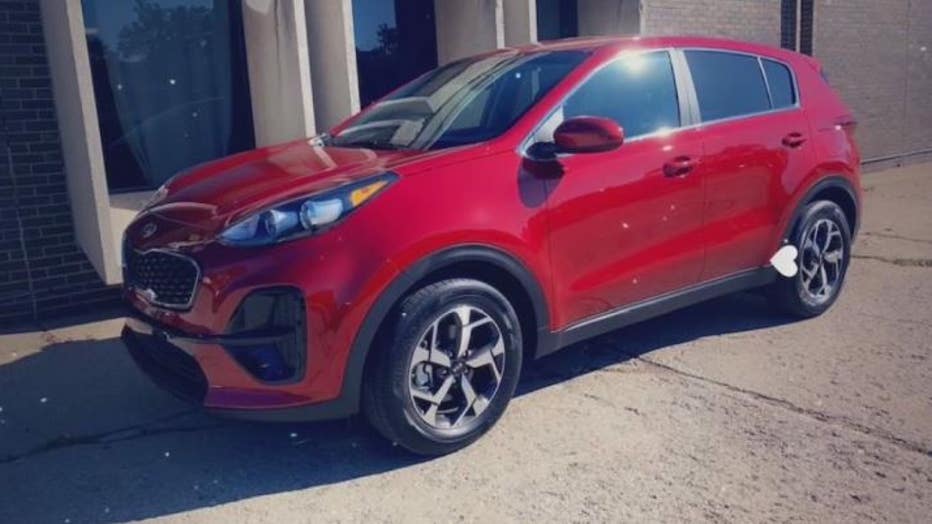 While the Kia Boyz are said to be based in Milwaukee, the fruit of their low-life labor is being harvested right here in southeast Michigan, and the west side of the state as well.

"They left without a trace," said another victim.

This man who wanted to conceal his identity, says his Kia was stolen from his Grand Rapids home in July.

Police caught up with the thieves but they tried to get away and ending up crashing the car.

"I went to the dealership and I went to them and said what are you going to do about this situation? The dealer was like, there’s nothing really we can do," the man said.

FOX 2 reached out to the automaker for comment. It released the following statement:

"Kia America is aware of the rise in vehicle thefts of a subset of trim levels. All 2022 models and trims have an immobilizer applied either at the beginning of the year, or as a running change. All Kia vehicles for sale in the U.S. meet or exceed federal motor vehicle safety standards."

All of that means little to Latonia who had 2022 Kia. And while she has a rental car, her insurance will stop paying for it in 28 days. It may take 35 days before they settle her claim.

"I've got a rental and I appreciate that, but I need my car," she said.

Detroit police is advising Kia owners to park in well-lit areas if they cannot park in a garage - and they are advising a secondary alarm system.

FOX 2 spoke to some workers at a Kia dealership and they said they have about a dozen recovered vehicles in their shop right now that have to be repaired after being stolen.

Where to find monkeypox vaccine in Detroit

Concerns over the spread of monkeypox in the U.S. has prompted a declaration from national officials of a public health emergency. That means increased access to funds to better combat transmission of the disease, as well as more priority from local health departments in administering the vaccine.

So far, there are 66 confirmed cases in Michigan, only a small fraction of the 6,600 confirmed cases in the U.S. However, that figure has climbed 164% over the past three weeks, worrying the state about its spread. Last week, there were only 37 cases.

Where can Detroit residents go to get the monkeypox vaccine?

As the U.S. declares an outbreak of monkeypox as a public health emergency, states are shoring up access to vaccines for the virus. In Detroit, the vaccine is available at the health department and the Wayne HIV/STI clinic. So far, 17 cases of monkeypox have been confirmed in the city and 66 in Michigan.

Seventeen of those cases have been reported in Detroit, and another 29 in the greater Metro Detroit area. As cases rise, the Centers for Disease Control and Prevention said Thursday it plans to boost access to testing. The Jynneos vaccine, which is a two-dose series that is also used to fight smallpox, has been shown to prevent infection of monkeypox for those who have been exposed to the virus.

A western Michigan library faced an uncertain future Thursday after a flap over LGBTQ material on its shelves led to the failure of the renewal of a property tax millage that funds most of its budget.

The Patmos Library in Jamestown Township outside Grand Rapids will lose 84% of its $245,000 annual budget with the failure of the millage renewal in Tuesday’s primary election, said Larry Walton, the library board’s president. The millage failed with 1,905 no votes to 1,142 yes votes.

A small group of conservative residents campaigned against the renewal because the library refused to remove all LGBTQ material, Walton said in a telephone interview with The Associated Press. "They’re protesting all LGBTQ books that are on our shelves," Walton said. They want it to ban books, he said, "which is unacceptable."

"We, the board, will not ban the books," Walton said. Cody Newhouse, who voted against the millage, told WOOD-TV that even if books are placed in the adult section of the library, children still can access them.

A judicial commission says a Wayne County judge should be disbarred for lying about her son's child abuse. The Michigan Judicial Tenure Commission is making the recommendation about Judge Tracy Green, who serves in Wayne County family court for her part in covering up the years-long abuse.

In 2019 her son, Gary Davis-Headd, was convicted of beating his children on two felony counts of child abuse. Five months after, his children told FOX 2 that he had beat them - and that his mother - Judge Tracy Green, helped cover up the abuse. "I didn't put makeup on any bruises to conceal any abuse," she said in response to the allegations. "That is utterly preposterous. It just didn't happen.

"I am certainly capable of protecting children from my perch as a Third Circuit Court judge. There is nothing I have done, or would ever do, to jeopardize the safety of any child. Particularly a child that I love. And what I am saying to you Mr. Elrick, is that I've done nothing wrong," she told FOX 2 at the time.

Gary Davis-Headd told the judge he only beat his children with a belt to correct them. During his sentencing in October of 2019, his first wife, Choree Bressler, told the court he used his mother's connections to protect him.

Gary Davis-Headd told the judge he only beat his children with a belt to correct them. During his sentencing in October of 2019, his first wife, Choree Bressler,  told the court he used his mother's connections to protect him.

Miggy unsure about playing in 2023

Miguel Cabrera says he may end his likely Hall of Fame career at the end of this season. The 39-year-old Detroit Tigers star mused on the subject Thursday amid a slump through the dog days of summer. Cabrera joined the 3,000-hit/500-homer club earlier in the season, and was hitting .308 as recently as July 8. 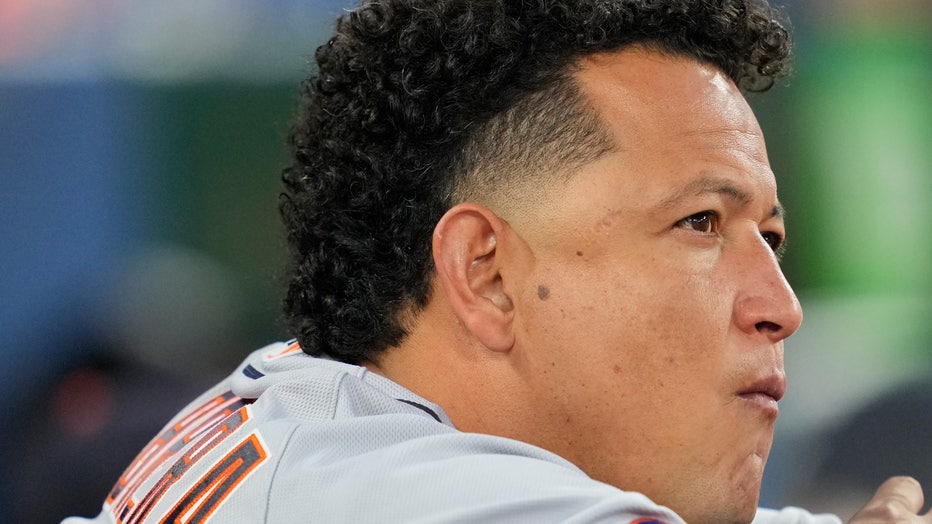 TORONTO, ON - JULY 29: Miguel Cabrera #24 of the Detroit Tigers looks on from the dugout against the Toronto Blue Jays in the third inning during their MLB game at the Rogers Centre on July 29, 2022 in Toronto, Ontario, Canada. (Photo by Mark Blinch/

Plagued by lower-body problems that have been a constant issue in recent seasons, he is hitting .132 with three extra-base hits in his last 20 games. "You've got to understand your body, I understand mine and my place on this team," he said before the Tigers hosted the Tampa Bay Rays on Thursday.

The Tigers came into the season as fringe contenders after a strong finish in 2021, but they have staggered to a 42-64 record with the worst offense in baseball. "I'm going to go out there and do my best every day — that's the bottom line," he said. "But there's an opportunity for young guys here to get more at-bats and see what we've got for next year."

Cracker Barrel just announced it is hopping on the meatless meat bandwagon and regular customers aren’t happy about it.

In a post to its Facebook account, the iconic American diner announced it will begin carrying Impossible Sausage, a meatless breakfast patty made from plants. The option is now available on the restaurant’s Build Your Own Breakfast menu and needless to say the responses did not meet the restaurant’s enthusiasm for plant-based products.

"You just lost the customer base, congratulations on being woke and going broke," commented one user.

And that's not all people said.