DETROIT - It's not every day a top-15 list needs updating but on Thursday the U.S. Marshall's fugitive list saw fit to adjust its ledger.

Law enforcement from Wayne County and the federal level announced at a press conference Thursday morning they had located and apprehended Gaston in Mexico. Gaston's crime stems back almost 13 years ago when he allegedly kidnapped and raped a 10-year-old girl after crawling through a bedroom window in her home in Detroit.

"We rejoice in getting someone that may have done these sorts of things to anybody - especially a child - off the street," said Chief Deputy U.S. Marshall Joseph Abdullah.

A labored search spanning multiple countries has finally concluded in the arrest of Corey Gaston. Gaston, who is charged with raping a ten-year-old girl more than a decade ago in Detroit was arrested in Mexico. The crimes he's accused of landed him on the U.S. Marshall's Top fifteen fugitive list. While he was initially arrested after being picked up in Georgia years ago and expedited back to Detroit, he was released on bond. Gaston took off and the fugitive apprehension team has been looking for him ever since. He'll be returned to Detroit in the coming weeks.

The investigation that led to Gaston's arrest spanned the continent, stretching from Michigan and southeast states like Alabama and Georgia before reaching into Mexico, where Gaston was picked up in Guadalajara.

Gaston's arrest isn't the first of this case, however. In 2007, he fled to Georgia where he was first arrested. But after being expedited back to Detroit, he was let out on bond. That's when he took off and the Detroit Fugitive Apprehension Team had been looking for him ever since.

"Our fugitive investigations are robust, and they take different turns and we run everything down as you can imagine and it's very time consuming and lengthy. But we stick with it - we don't stop," said Abdullah.

Investigators said Gaston gave them a fake name and said he had been in Mexico for about a month, apparently selling cigarettes or lighters on the street. While he continues to deny that he is Corey Gaston, police don't buy it.

"The fingerprints and the photographs that we have prove otherwise and we believe that we have the right person," said Abdullah.

"He would not give up his real name until he left. He would not admit anything, he would not talk," said Aaron Garcia, U.S. Marshall supervisory deputy. "He was living a rough life in Mexico from what it appeared."

Gaston is also under federal investigation for falsifying a passport. However, due to the charges in Wayne County taking precedent, he'll stand trial here.

"We're extremely happy also for the victim. That they'll get a chance to face this person and hopefully see the justice that they deserve," said Robert Dunlap of the Wayne County Sheriff's office. 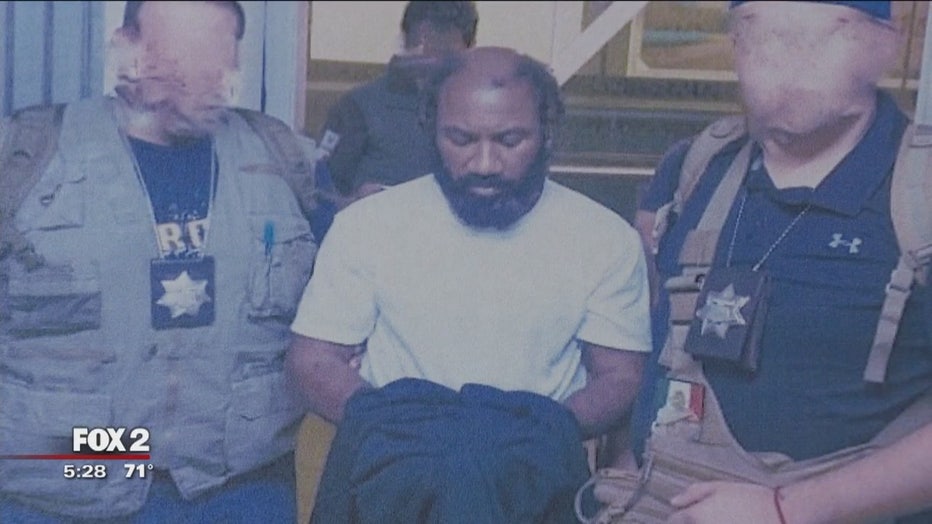 Gaston was flown from Mexico to Chicago early Thursday morning. He will be returned to Detroit in the coming weeks. Investigators are still looking for those who helped gaston when he was on the run.