MILFORD TWP., Mich. (FOX 2) - It is Friday night lights at Milford High School and for young Ronnie Savage it's a night to remember.

Not only was the high school senior on the homecoming court, the son of our late friend and colleague Ron Savage, was on the field lining up at tight end - the same position as his father and donning number 89---the same digits as dad.

It is Friday night lights at Milford High School and for young Ronnie Savage it's a night to remember.

"Eighty-nine, I wore it last year too," Ronnie said. "Dad wore it back when he played semi-pro football and it was the year my mom and my dad got married, so it's kind of a special number for our family. I just like it, and I just roll with it."

A special number and a special night in which Ron's presence was sorely missed.

The FOX 2 anchor, reporter and volunteer firefighter passed away in 2017 while training with the Milford Fire Department. But this homecoming young Ronnie and mom Mitzi were not alone.

And tonight young Ronnie had his own cheering section - friends, family and his FOX 2 family all sporting custom T-shirts of father and son. 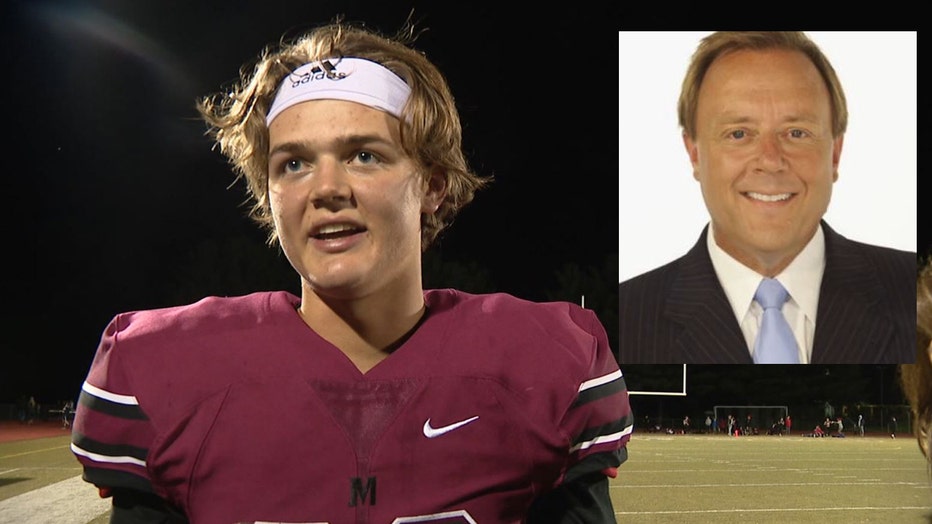 "It's wonderful to be able to honor Ron's memory and being here to cheer on Ronnie," said Amy Lange. "One of our cameramen, Todd Brangan said 'We need to do this.' And he was right on. I got a hold of Ron's wife Mitzi, who we love dearly. It was homecoming, what better time to come on out."

"I love it, this community has been so good to me and Ronnie," Mitzi Savage said. "It is a great place to land, we are just happy to be here, thank you for coming out and being a part of our family," said Mitzi Savage. 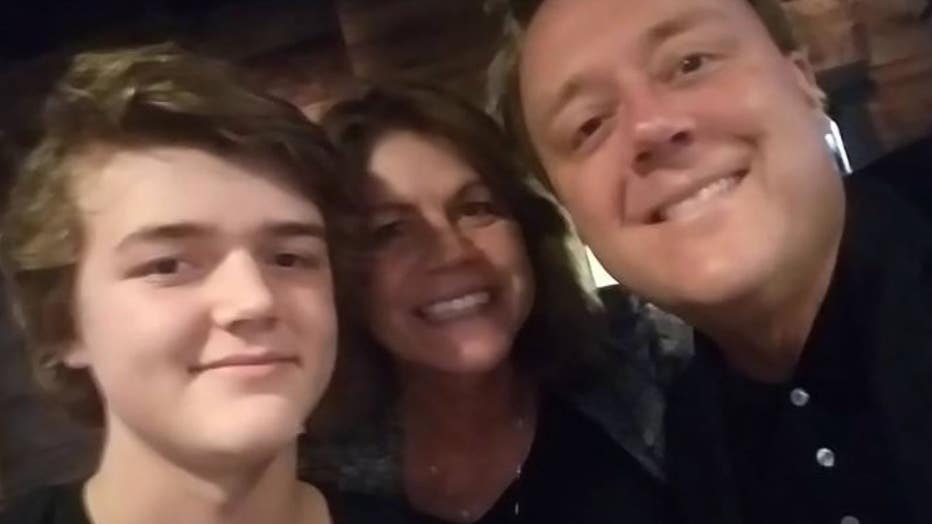 Ron's untimely passing stunned us all, and none more than his wife and son. Young Ronnie is now carrying the torch honoring his dad both on and off the field.

"He's a great kid, he enlisted into the Army," said Garfrey Smith, Milford football coach. "He's an all-around great kid and you can see that example from his dad. He's definitely his father's son."

"I love my dad. He was a big guy in the community, a lot to live up to," said Ronnie. "I just try to do my best every day to make him proud and proud of who I would be."