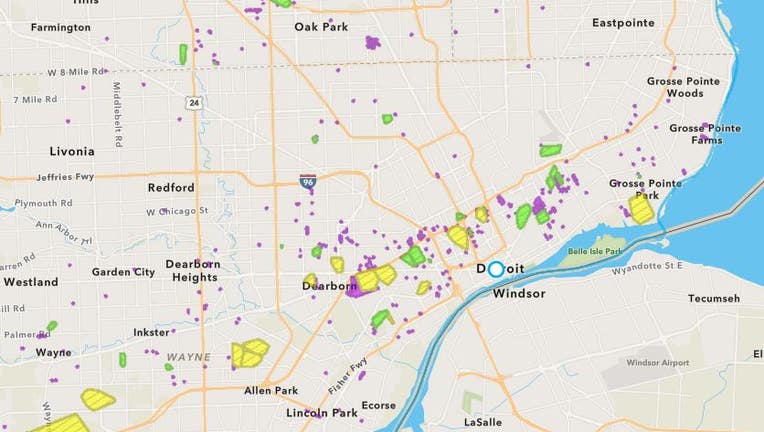 DETROIT - Some 36,000 DTE customers had their power knocked out after another bout of severe weather rocked Metro Detroit Tuesday night.

Lightning and thunder accompanied strong wind gusts and rain early evening, which led to outages in Detroit and parts of northern Oakland County.

RELATED: How long can refrigerated food keep if the power goes out?

There is no time for estimated restoration

DTE's Twitter account posted updates attributing the outages to downed power lines and advised people to stay 20 feet away from all wires.

Many of the outages could be spotted in downtown Detroit as well as Southwestern Wayne County.

It hasn't been an easy summer for Michigan utilities, which have repeatedly needed to respond to severe weather on an almost weekly basis.

During the most severe incident, officials estimated almost a million Michigan residents had lost power.