A fast-moving afternoon chain of storms left trees down and DTE customers in the dark.

Neighborhoods in Detroit, Garden City, and Dearborn Heights were among the hardest hit.

"All of the sudden it got really dark and it was super windy and the next thing I know, my mom is yelling the tree fell," said Kayce Hurt.

Deeper in the neighborhood, even more trees were down - including one that was a close call.

"There was a really loud thud and the tree was literally blown on to the porch," Kristina said.

And it just missed her house with her daughter in school at time.

"The hallway lights were flickering, I was at a desk next to the wall I heard thumping - it was scary," said Lilly, a third-grader.

But when she came home she saw the damage. 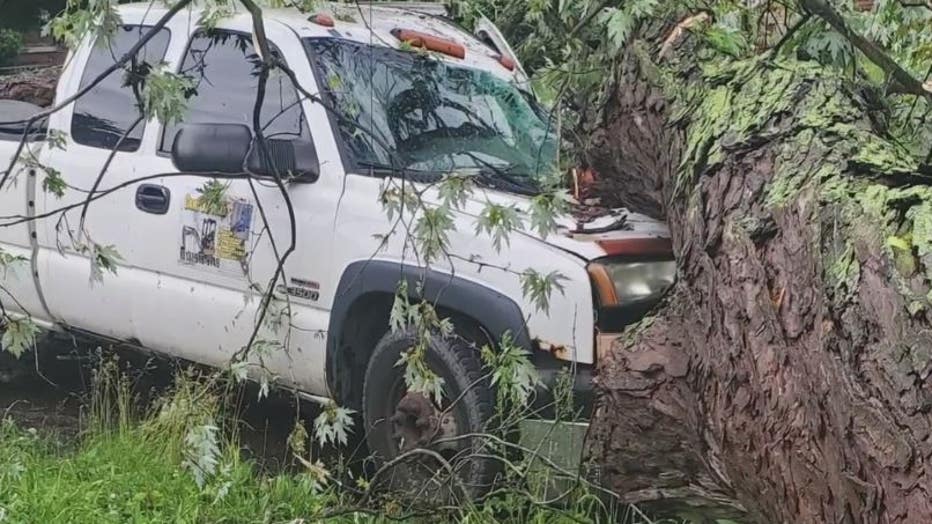 A similar scene played out in Dearborn Heights.

"It’s uprooted everything over there, it’s crazy," said Greg Weatherspoon.

"I looked out my window and was like what the heck," said Noah Hemzawy.

In Detroit, by Grand River near the Southfield freeway, the damage caused by the winds was hard to miss.

"The guy was sitting in the truck and he showed us where the trunk had come through and not a mark on him," said Donyell James.

Trees blocking roads, leaning on houses, all happened so fast.

"Just as quickly as it started it stopped," she said.

In it's wake on Wednesday afternoon roughly 25,000 DTE Energy customers were without power. About 1,200 crews are working to restore it.

Those cleaning up storm debris are thankful they had time to get to safety.

"Heed those warnings, if you don’t have it on an app or something, get it," James said.

DTE says they hope to turn the lights on to at least 85 percent of those in the dark by the end of the day. 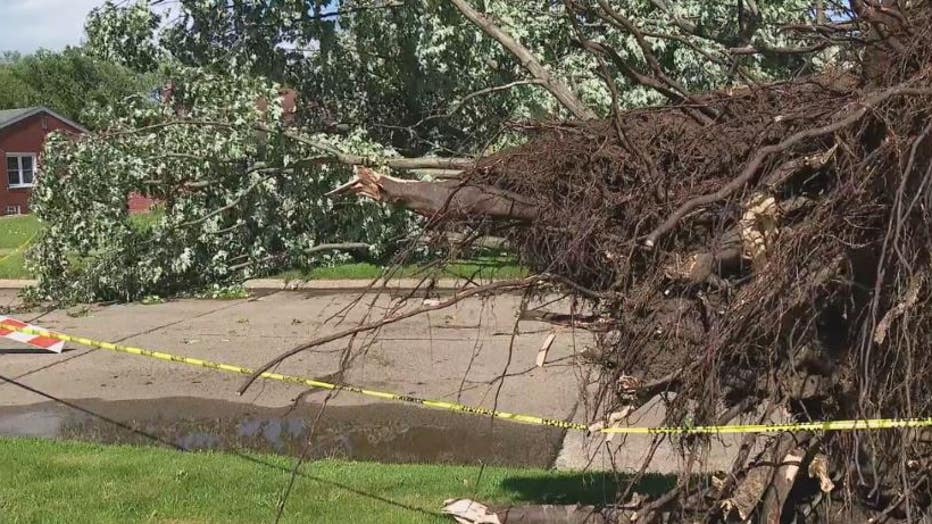