DETROIT (FOX 2) - A large tree that was on the lot of a city-owned home next door to a mom of 5 kids came crashing through the roof of the family home. It took almost a week, but the city of Detroit is finally taking care of the issue.

Erica Underwood and her children were inside their home on Heyden Street on the west side last Thursday when the peaceful night shattered.

A Detroit family asked FOX 2 for help to solve a problem that knocked their roof last week: a tree from a city-owned lot next door. Here's how the City of Detroit is handling the issue.

"My home just began shaking. I came out and saw the tree had fallen," Underwood said.

An enormous tree from the neighboring lot crashed down into her son's room.

Fortunately, Underwood and her five kids weren't hurt. But her life savings was spent on that home.

"I'm scared. My home is exposed. My roof is pierced, animals and it's getting worse. Rain is coming directly into my home," she said.

It's been five days and the tree is still on top of her house, as her options and money are running out.

"Every dollar that I had I paid cash for the home. I don't owe on my home. I just bought the home a couple months ago. I wasn't able to get homeowners insurance or anything like that," she said.

As it turns out, the city of Detroit acquired the neighboring property as part of the right of refusal program. Detroit Press Secretary Tiffany Crawford says they're trying to keep the people who live next door in that home, too.

"When you're dealing with landlords who are collecting rent but not paying taxes you are in jeopardy of foreclosure and therefore losing the home and displacing resident. What we've done is get the property so that we can get these rents to remain in the home as homeowners," Crawford said.

So the fallen tree has left two families who need help from the city of Detroit. Underwood doesn't know where to turn.

"As far as any repairs I will have to file a claim. My issue is during the time I'm waiting to file a claim, what do I do with my babies? 5 babies, single mother. Where do I go in the meantime?" Underwood asks.

Crawford says they'll be there for Underwood and her family, plus the neighbors next door.

"We really are going to work with the resident who unfortunately experienced the incident with the fallen tree but we are also trying to work with the neighbor, who we don't want displaced due to a bad landlord situation. We are working with both of them," Crawford said.

After FOX 2 called the city, they came out and took a look. They told Underwood they'd be back out with a crane Wednesday morning to finally remove the tree. 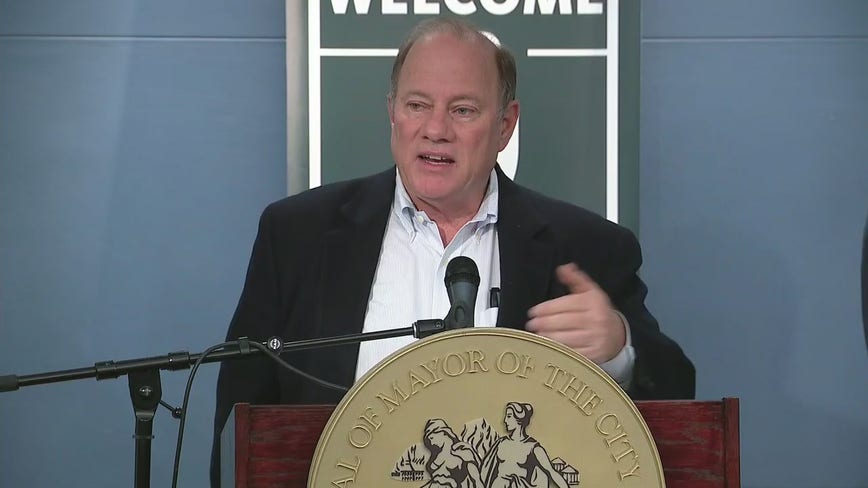