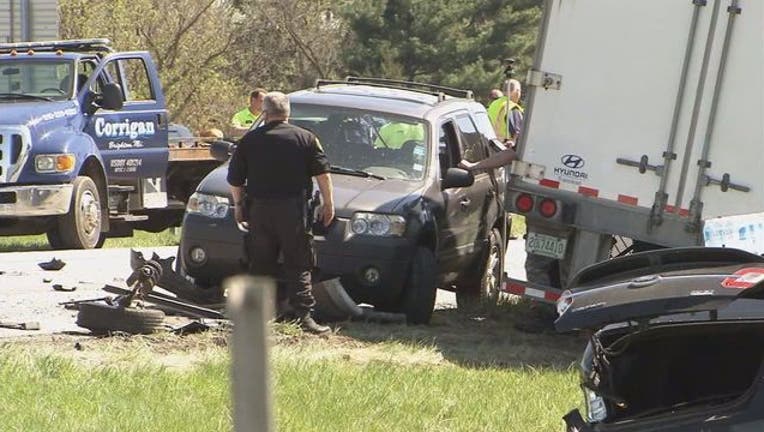 GREEN OAK TOWNSHIP, Mich. (AP) - Police say a semi-truck driver has been jailed after causing a 9-car crash Sunday on southbound US-23 in which two people died. One woman is also in critical condition.

The 51-year-old male driver of the Escort was pronounced deceased at the scene. A 25-year-old female passenger in the Escort was transported to the University of Michigan Hospital with critical injuries after being extricated by the fire department. Both victims are from Milford.

A 52-year-old man from Davison who was driving a 2016 Chevrolet Sonic that was also stuck by the semi-truck was extricated from his car at the scene and was also pronounced dead.

Police say the 62-year-old truck driver wasn't hurt, and that he has been transported to the Livingston County Jail where he is being lodged for committing a moving violation causing death of another person.

Other people involved in the crash suffered minor or no injuries.

The southbound lanes of US-23 were closed at Lee Road for approximately 7 hours on Sunday. Authorities are still investigating the crash and have not yet identified the victims are families are still being notified.