The first debate between President Donald Trump and Democratic challenger Joe Biden erupted in contentious exchanges over the coronavirus pandemic, job losses and how the Supreme Court will shape the future of the nation’s health care.

Trump will hold a one-hour town hall event in Miami, moderated by anchor Savannah Guthrie and airing on NBC News. Guthrie will moderate a conversation between Trump and a group of Florida voters. 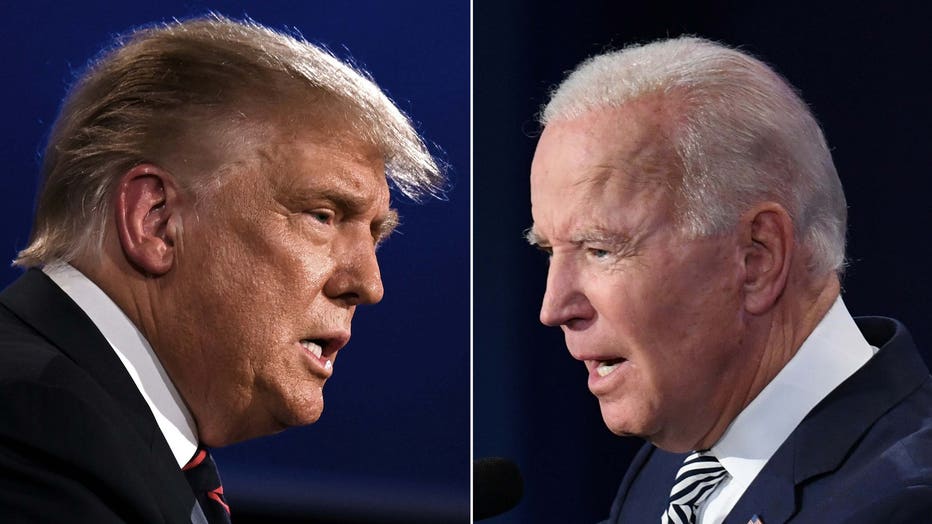 This combination of pictures shows President Donald Trump (L) and Democratic presidential candidate Joe Biden squaring off during the first presidential debate at the Case Western Reserve University and Cleveland Clinic in Cleveland, Ohio on Sept. 29

“It will take place outdoors at the Pérez Art Museum in accordance with guidelines set forth by health officials and consistent with all government regulations,” the network said.

On the same night, ABC News will air a Biden town hall event in Philadelphia, hosted by George Stephanopoulos. The town hall will be held “in accordance with state and local government health and safety regulations, as well as guidelines set forward by health officials,” the network said.

The original Oct. 15 presidential town-hall style debate was officially scrapped after the nonpartisan Commission on Presidential Debates announced that the event would be held “virtually” because Trump had tested positive for COVID-19.

Trump declined to participate in the debate in that format, and Biden scheduled the town hall with ABC News for that night once Trump said he would not participate.

The Trump campaign later countered with a call to hold the debates as scheduled once the president’s doctor said he would be cleared to hold public events. But the commission said it would not have the candidates on stage together — citing an abundance of caution with health concerns.

The third debate, scheduled for Oct. 22 in Nashville, Tennessee, is still on.