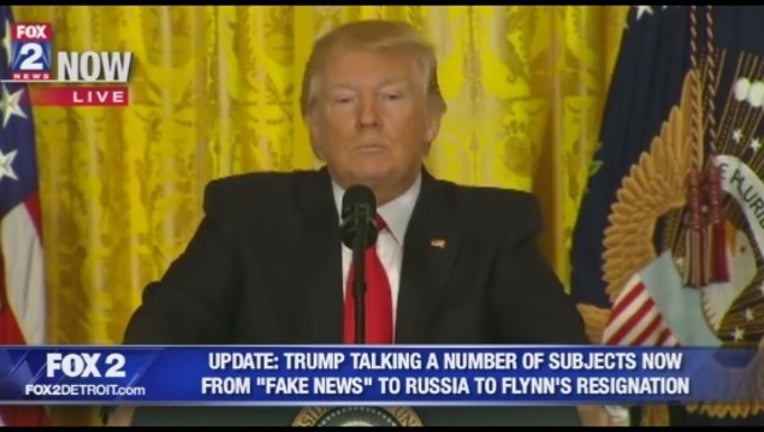 His early presidency beset by damaging leaks and a burst of staff turmoil, Trump used a hastily called press conference to blast the media’s coverage of his administration in his strongest terms yet. He claimed the press is “out of control,” reports on his team’s ties to Russia are “fake,” and news outlets are attacking him because they oppose his agenda.

"The media’s trying to attack our administration because they know we are following through on the pledges that we made, and they’re not happy about it," Trump declared at the White House.

The president spoke and took questions for over an hour, even joking with some reporters toward the end and saying he was having fun. In a bid to preempt negative coverage of his remarks, Trump insisted he was not "ranting and raving." But he lamented that the "tone" of coverage of his administration is one of "such hatred."

"The public doesn't believe you people anymore," he said.

Watch the press conference in the two video clips below. Please note: due to a technical error, our live stream disconnected and restarted. The entirety of FOX News Now is embedded below: