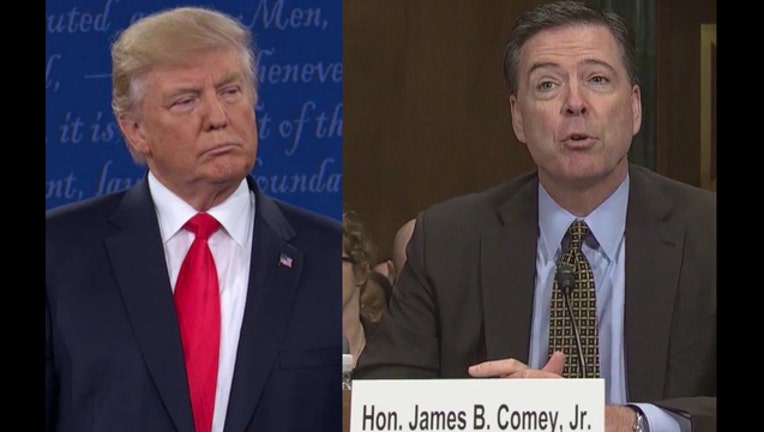 WASHINGTON (AP) - President Donald Trump says he "did not make" and doesn't have any recordings of his private conversations with James Comey -- his fired FBI director.

Trump also tweets that he has "no idea" whether other "tapes" or recordings exist.

Trump has disputed Comey's assertion that Trump asked Comey for a pledge of loyalty during a dinner meeting they had.

When news of Comey's account broke, Trump tweeted that Comey "better hope that there are no `tapes' of our conversations before he starts leaking to the press!"

Under a post-Watergate law, presidential recordings belong to the people and eventually can be made public. Destroying them would be a crime.

The House committee investigating Russian meddling in the election set a Friday deadline for the White House to hand over any tapes.