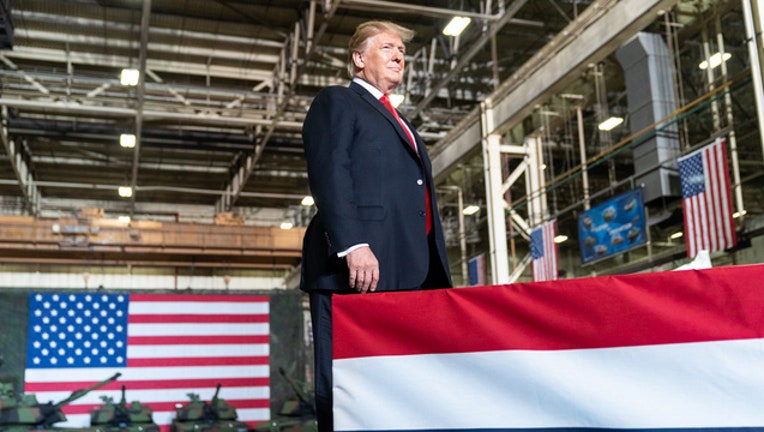 WASHINGTON - (AP) -- President Donald Trump on Friday threatened to close the nation's southern border, or large sections of it, next week if Mexico does not halt illegal immigration at once.

"If Mexico doesn't immediately stop ALL illegal immigration coming into the United States through our Southern Border, I will be CLOSING the Border, or large sections of the Border, next week," Trump said in a tweet. "This would be so easy for Mexico to do, but they just take our money and `talk."'

Democratic and Republican lawmakers have fought over whether there actually is a "crisis" at the border, particularly amid Trump's push for a border wall, which he claims will solve immigration problems. Wisconsin Republican Sen. Ron Johnson, chairman of the Senate Homeland Security Committee, said Thursday the immigration system is cracking under the strain.

The president called on Congress to immediately change what he said were weak U.S. immigration laws, which he blamed on Democrats.

Arrests all along the southern border have skyrocketed in recent months. Border agents are on track to make 100,000 arrests and denials of entry there this month, more than half of them families with children.

To manage the crush, U.S. Customs and Border Protection is reassigning 750 border inspectors from their usual duties at the ports of entry to help Border Patrol keep pace with arrivals in between ports of entry. The head of the agency held a press conference in El Paso, Texas, on Wednesday to say the breaking point had arrived.