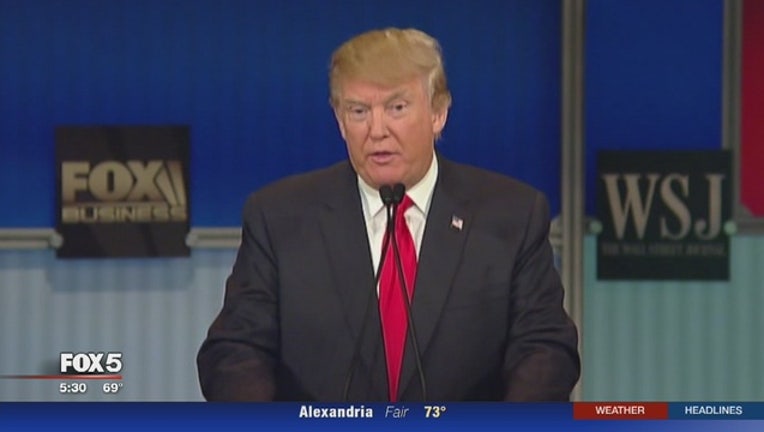 Trump, who made improving veterans' care a prominent issue as he campaigned for office, was to issue the order while visiting the VA. It will create a new Office of Accountability and Whistleblower Protection within the department. The eventual head of the office will report directly to VA Secretary David Shulkin.

Shulkin said the purpose is to help identify "barriers" that make it difficult to fire or reassign employees deemed unfit to work at the department and serve veterans.

Another function will be to help shield whistleblowers from retaliation.

The office is a byproduct of a 2014 scandal in which as many as 40 veterans died while waiting months for appointments at the VA medical center in Phoenix.

The House has passed a bill to make it easier for the VA to fire, suspend or demote employees for poor performance or bad conduct, and the Senate continues to work on its version of the measure. Shulkin said Trump's decision to create the office before Congress sends him a bill speaks to his commitment to accountability at the VA.

The government's second-largest department has struggled to improve care for more than 9 million veterans it serves. A Choice program intended to reduce wait times by giving veterans more access to the private sector has suffered long delays of its own, while the VA has suffered staff shortages that has worsened a backlog of disability claims.

The rate of suicide also remains persistently high, with 20 veterans taking their lives each day.

Several senators expressed bewilderment at a hearing Thursday as to why the VA struggles with the same problems year after year. A recent report by the VA inspector general, for instance, found that troubled veterans who called a suicide hotline were often bounced to a backup center. The VA had promised to fix those problems last year.

Sen. Jerry Moran, R-Kan., who chairs the Senate appropriations panel, referred to a "disconnect" in which the VA has shown little improvement in reducing suicide despite increased money for the effort. "I want to know what resources are required," he said.

VA inspector general Michael Missal told the panel that when he raises issues with the VA "there's an urgency," but then there is sometimes an "opposite effect where recommendations are not being closed out quickly." Until the VA implements the inspector general's recommendations for improvement, Missal said the VA would "continue to have challenges."

Shulkin insists he's made accountability a top priority and legislation would help.

Trump is "asking through his executive order for the VA to do everything that it can internally," Shulkin said at a White House briefing on Wednesday. "But we know that that's not going to be enough to get done what I want to get done, which is to be able to, once we identify people that need to leave the organization, to get them out quickly. So I do need legislative help as well."

Veterans' organizations agreed that the VA needed to do more.

"Secretary Shulkin's hands will be tied until Congress passes strong accountability legislation," said Mark Lucas, executive director of Concerned Veterans for America. Lucas said the office was a "positive first step" but not enough to fix the culture at the VA.

The new office will also investigate reports of retaliation against VA employees who expose illegal or unethical conduct, Shulkin said. "We will take actions" if it is determined that an employee whistleblower has been subject to retaliation for coming forward, he said.

Existing VA employees will staff the office, despite departmentwide staff shortages and the decision to leave thousands of positions unfilled.

Carolyn Clancy, VA's deputy undersecretary for health, told senators that the VA urgently needs to reduce a shortage of mental health professionals and are actively filling vacancies. But she acknowledged that the VA had put in place recent hiring restrictions for many benefits, human resources and administrative positions, despite VA's difficulty in recruiting front-line caregivers in many parts of the country.

The Associated Press reported Wednesday on an internal VA memo describing the hiring restrictions, citing a need to be leaner as it develops plans to expand care to the private sector. Shulkin separately said he didn't have dollar figures for how much the new VA accountability office would cost, but said it will require a "substantial commitment."

Regarding the federal hiring freeze, Clancy said that "technically it's been lifted, but we have to submit formal plans. We are developing formal plans for streamlining the VA."