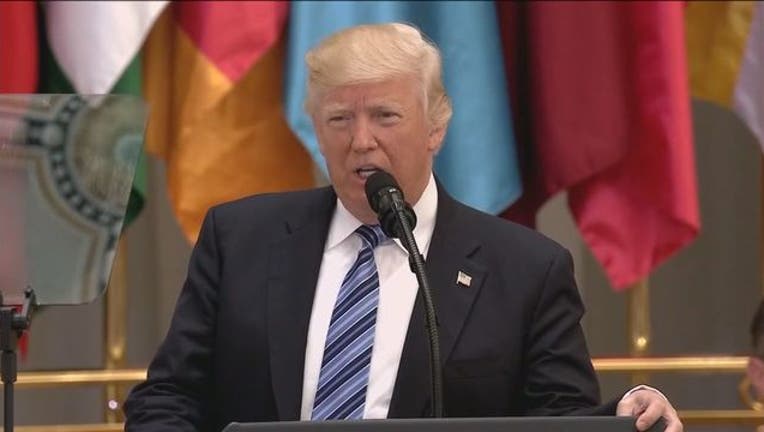 Trump is also set to lay a wreath Monday at the cemetery, the final resting place for many U.S. military members and others who have served the country.

Trump previewed the address Saturday before he flew home from Italy, the final stop on his first trip abroad since taking office.

He addressed U.S. service members stationed at a naval base in Sicily as "warriors of freedom" and the "patriots who keep the fires of liberty burning."

Trump also noted his desire to boost spending on the military, and as commander in chief pledged his "complete and unshakeable support" to the men and women in uniform.