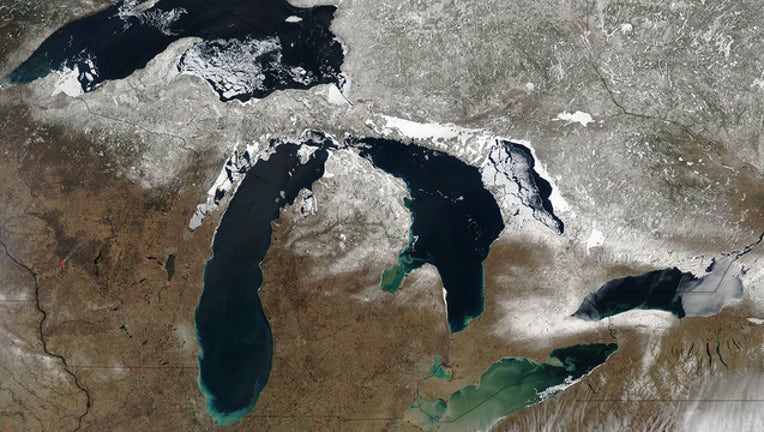 (FOX 2) - Federal funding for Great Lakes would be cut by 90 percent under the president's proposed budget.

The Trump Administration's 2020 budget reduces the $300 million budget for the Great Lakes Restoration Initiative to $30 million, in a move that some officials say raises concerns about the White House's priorities.

"It's going to hurt our ability to continue to work, to clean up the Great Lakes, to provide funding for restoration projects," said Sean Hammond, deputy policy director with the Michigan Environmental Council (MEC).

The GLRI is the largest source of funding the water system has. Federal agencies use it to target some of the biggest threats to the bodies of water, including addressing invasive species, threatened habitats and species, toxic substances and nonpoint source pollution.

"It protects unique landscapes, and taking away funding like this puts a lot these unique areas at risk," said Hammond.

The MEC isn't the only group concerned about the cuts. Michigan Senator Gary Peters issued a press release stating the proposal "would severely hurt our ability to clean, preserve and restore our waterways."

"I've seen firsthand across Michigan how funding from our Great Lakes Restoration Initiaitve has helped protect our Great Lakes for future generations...." wrote Peters in a press release.

This is the third year in a row that president's budget has included severe cuts to the Great Lakes cleanup fund. However, due to the popularity of the program, those efforts have been walked back.

"Given that this hasn't gone into place (before), we continue to be hopeful senators and representatives will continue to defend this funding," said Hammond.

The success of the funding isn't just anecdotal however. A 2018 study by University of Michigan economists found that for every $1 put into the cleanup program, it produced $3.35 in additional economic activity for the region.

That activity comes in the form of outdoor recreation and restored habitats.

The cleanup money wasn't the only source of environmental-based funding on the chopping block. Other cuts include: