Dixon is one of five candidates on the ballot for the Aug. 2 primary running to unseat incumbent Gov. Gretchen Whitmer in November.

She told FOX 2 that today she received a phone call from Trump that she said was an amazing moment. Trump, on a previous visit to Michigan in Washington Township, mentioned her during a speech last April.

"Tudor Dixon is a conservative warrior who built an impressive career in the steel industry while working with her fabulous father, who is now watching her proudly from above," Trump wrote. "She's pro-God, pro-gun, and pro-freedom and she won't be stopped.

"She will stand up to the radical left as they try to indoctrinate our children and is ready to take on one of the worst governors in the nation, Gretchen Whitmer, who is trying to destroy Michigan and the country."

"It is a great honor to receive President Trump’s endorsement and have the strength of our campaign to defeat Gretchen Whitmer further affirmed by his support," she said.  "Our vision for a family-friendly Michigan clearly resonates with voters.  It is the reason our broad coalition is growing.

"Voters of all stripes are tired of being crushed by the heavy-hand of big government ideological liberals like Gretchen Whitmer and Joe Biden. 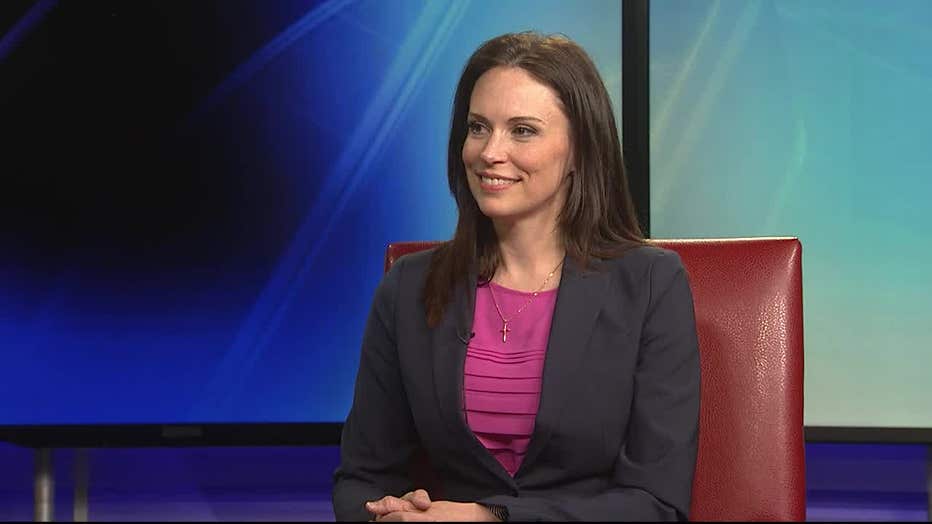 "Families are struggling to make ends meet as they continue to raise taxes and choke businesses with job-killing extreme regulation.

"Their wrongheaded economic policies have driven the country into recession and cost people their businesses, jobs, and livelihoods here in Michigan.  They have caused our education system to fail a generation of students while promoting radical gender and race ideology instead of focusing on teaching kids how to read, write, do math, and be prepared to get good paying jobs.

Primary primer: Michigan election guide - what's on your ballot and what you're voting for in the Aug. 2 Primary

"They have put criminals above law-abiding citizens and engaged in anti-Police rhetoric and activism which has caused violent crime to skyrocket across the state and attacks on law enforcement to increase.

"These policies are dangerous, they are ideologically motivated, and they are a disservice to Michigan families and law-abiding citizens who should be served rather than deserted by their political leaders.

"Gretchen Whitmer is focused on pleasing the union-boss financiers that pull her strings in Michigan and the far-left billionaires in New York and California that will fund her run for President.  She has left Michiganders behind.

I am honored to have President Trump’s endorsement. We will unite Michigan and defeat Gretchen Whitmer. pic.twitter.com/BS2kGtRtSs

"Nevertheless, we will hold her accountable and make her a one-term Governor in just a few short months at which point we will finally be able to return power to the people and get on with the business of getting Michigan back on track.  For our parents, our workers, our children, and our future."