Secretary of State Jocelyn Benson explains what we can expect for the Aug. 2 Primary

The Primary is Aug. 2 and Secretary of State Jocelyn Benson spoke to FOX 2 about what voters will see on Tuesday.

DETROIT (FOX 2) - Michigan's midterm primaries will be on Tuesday, Aug. 2 in Michigan and, while it may not be a Presidential year, the midterms have massive implications on you and your community.

Voting booths open at 7 a.m. on Tuesday, Aug 2 and close at 8 p.m. But there are several things you need to know if you want that 'I Voted" sticker.

What's different in this election?

The 2022 Midterm elections this August and November will be the first that Michigan voters cast their ballots in the state's newly drawn districts.

The boundaries drawn for Michigan's Congressional races, as well as state senate and representative races will be the first created using a new nonpartisan redistricting committee tasked with organizing districts.

The first difference in Michigan's new Congressional map is that it has one less district. That's because the state's population growth didn't keep pace with other states, leading to only 13 seats in Congress. Here's where they are and the cities and counties that make up each district. 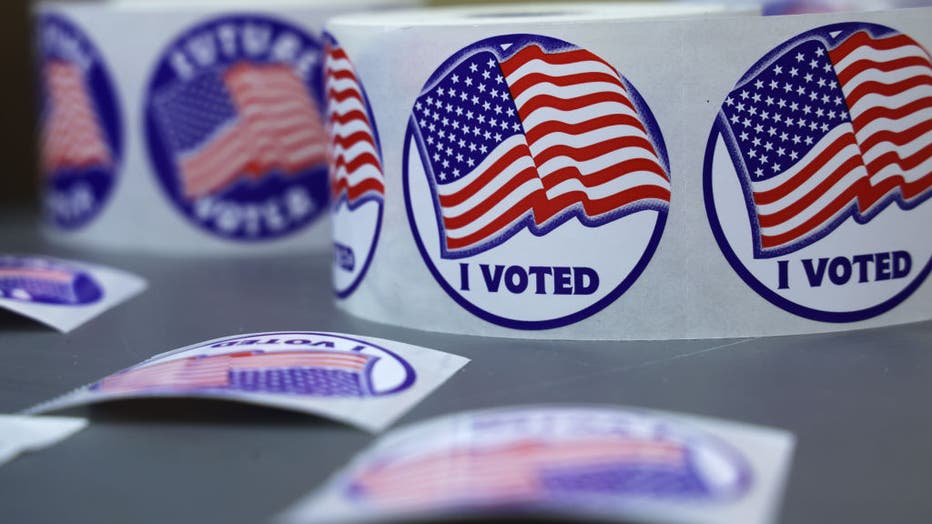 RELATED: What to know about Michigan's new Congressional Districts

Some races are familiar faces but in new places. For instance, Democrat Andy Levin occupied the 9th district but is running for the seat in what is now the 11th district. That seat is occupied by fellow Democrat incumbent Haley Stevens.

What is a primary?

The turnout for the 2020 Presidential turnout was historically high. This year's election won't be nearly at the same level.

A primary is how the field of candidates is narrowed down to a nominee for each party. Where the general election pits each party's nominated candidate against one another for an elected office, the primary is often used as a means to narrow down a party's candidates.

For instance, in Michigan's 11th district, voters there will decide whether Stevens or Levin will represent the democratic ticket on election day in November.

What is a primary and can I vote a 'split' ticket in Michigan's election?

What's on my ballot?

The 2022 Midterm races may not have a presidential election on the ballot, but they will be just as consequential for Michigan voters.

Races for statewide offices in the governor's seat and seats in Michigan's Congressional Delegation and the legislature are up for grabs. There are plenty of local races down-ballot to be on the lookout for.

On Aug. 2, voters will decide on the governor candidates. There will also be all Michigan legislatures and the state's 13 House races.

Primary races on the ballot

Literally, the very thing you need to do is make sure you are registered to vote.

If you haven't registered, it's too late to register online to vote in the primary - the online registration date was July 19 - but Michigan is one of a few states where you can register to vote the day of the election.

To register to vote the day of the election, you will need to bring proof of residency and eligibility to your city clerk's office.

How to register to vote in Michigan for Aug. 2 primary

Where do I vote in the Michigan primary?

The primary election, though different from the general election that will be held in the fall, will still collect your votes at the same location you always vote at.

RELATED: How to register to vote

For instance, if you normally show up at your neighborhood church or school in November, that's where you'll be for the primary in August as well.

Where do I vote for the 2022 Michigan Primary?

How to vote absentee

If you've requested an absentee ballot, you can still get it in before Tuesday's election.

Michigan allows any and all voters, except those incarcerated, to vote via absentee ballot. You just have to apply for one early enough to drop in the mailbox or in the election drop box

But you can still pick up an absentee ballot and skip the voting precinct - you just have to go to your local election clerk's office.

How to vote absentee in Michigan's Aug. 2 primary election

What time the polls are open and when do they close?

For anyone voting in person, election polls will be open on Aug. 2 from 7 a.m. to 8 p.m. local time. If you get in line but haven’t cast your ballot by the time polls close at 8 p.m., you have a right to cast your ballot.

Want to change your vote? Here’s how to spoil an absentee vote

If you’ve already mailed in your ballot and wish to change your vote either because your candidate dropped out or for any other reason, you can spoil your ballot.

Michigan primary and general election: Key dates to know ahead of voting

You’ll need to submit a written request to your clerk. You must sign the request and state if you want the new ballot mailed to you or if you’d like to pick it up yourself.

How to change your vote in Michigan elections

How to report a voting/polling problem (who to call/email etc.)

If there’s a voting or polling problem, voters are welcome to contact the Bureau of Elections. You can either mail a letter to their physical location or contact them by phone or email.

The letter should be addressed to:
Michigan Department of State
Bureau of Elections
PO Box 20126
Lansing, MI 48901-0726

If you’d like to call them, you can do so (517) 335-3234 (tel:5173353234). You can also email the election division of the bureau at elections@michigan.gov. You can contact the campaign finance division at Disclosure@Michigan.gov