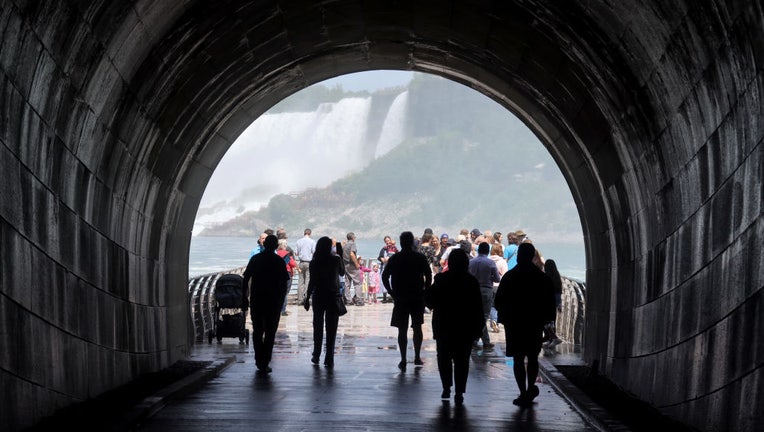 Tourists walk through the tunnel to enjoy the view of Niagara Falls on June 29, 2022 in Ontario, Canada. (Yu Ruidong/China News Service via Getty Images)

Niagara Falls is a popular tourist destination known for its picturesque views. But now, people can get a new glimpse of the grounds through a tunnel built more than 100 years ago that's open to the public and offers a unique history of a power station beneath the area.

The 2,200-foot long tunnel is built under Niagara Falls cathedral of power and served as an exit point for water used in generating hydropower for over a century, Niagara Parks noted on their website.

A glass-enclosed elevator takes visitors to the tunnel, where they can walk through the space below the power station that takes them to a viewing area to see the beautiful views at Niagara Falls.

The power station, built in 1905 on the Canadian side of the Niagara River, has hidden decks and gives visitors a deep dive into the history of how workers kept it running for over a century. 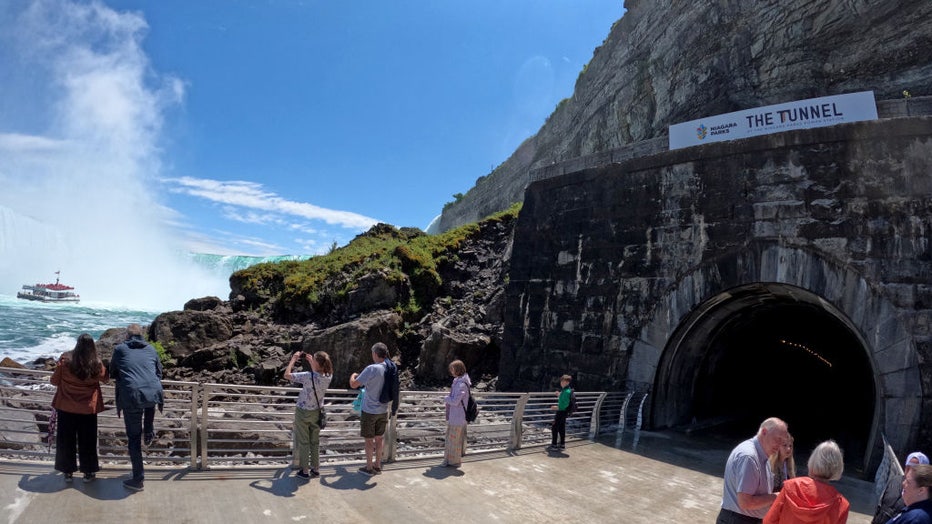 Tourists step onto a viewing platform to enjoy the view of Niagara Falls on June 29, 2022 in Ontario, Canada. (Yu Ruidong/China News Service via Getty Images)

According to the Niagara Parks website, the space features repurposed artifacts, exhibits, and installations that show how the station harnessed the power of water to generate electricity for 100 years.

The power station operated from 1905 until 2006 and is the world's only fully intact hydroelectric plant of its era, CNN reported Wednesday. Since July 2022, the tunnel has been part of tours of the decommissioned Niagara Parks Power Station tour that started a year earlier, according to CNN.

Visitors eager to enjoy more of the exhibit can check out "Currents," a sight and sound night show inside the power plant. The light and sound experience highlights the history of the plant and explores the transformation of water to power, Niagara Parks explains on their website.