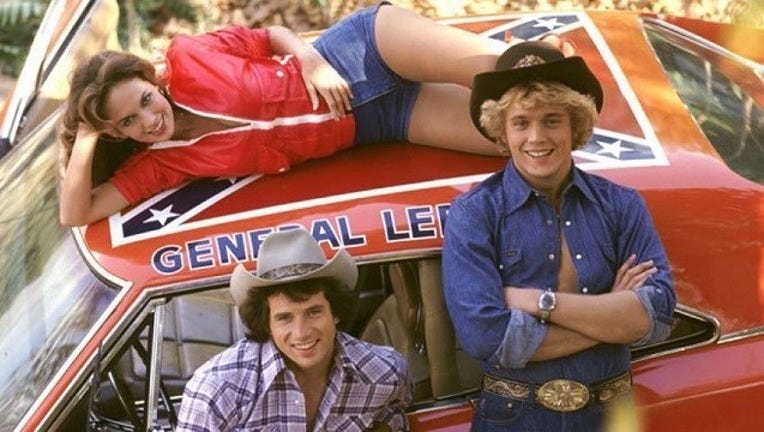 The network is confirming that reruns of the 1980s action comedy, with its Confederate flag imagery, have been pulled from the schedule.

This marks the latest effort to banish the racially charged Stars and Bars from pop culture after various states began debating whether to remove the flag.

Warner Bros., which produced the series, last week halted production of toy replicas of the so-called General Lee, the 1969 Dodge Charger stock car driven by rambunctious Southern cousins Luke and Bo. The car famously features a replica of the Confederate flag on its roof.

Retailers including Walmart and eBay have stopped selling merchandise bearing reproductions of the flag.