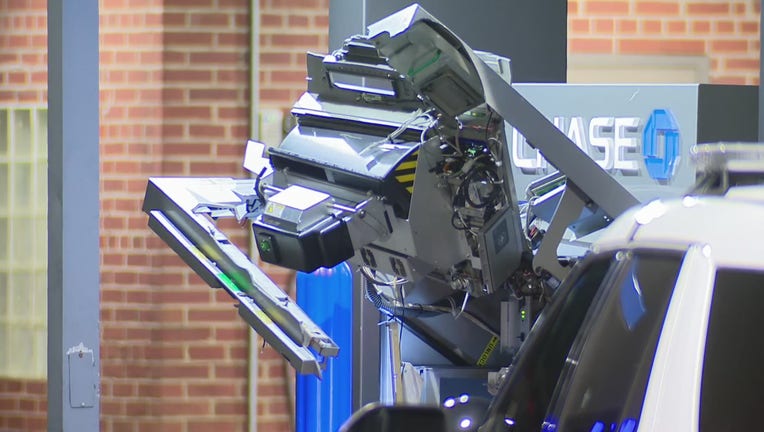 Between 4:30 and 5 a.m. on Wednesday, Detroit Police say a white Dodge Durango was spotted at two locations where Chase Bank ATMs were.

Detroit Police are investigating two thefts of ATMs that happened on the city's west side. Officers believe the suspects hit both between 4:30 and 5 a.m. Wednesday morning while driving a white Dodge Durango.

Images of both show evidence of damage to the console or the surrounding area.

One ATM, located at Greenfield and 7 Mile, has tire tracks leading away from the scene over a grassy knoll near the bank. The other is near Warren and Southfield.

Images from the other robbery show the console ripped apart and wide open.

If you know anything about the thefts, give police a call.