DETROIT - Two people have been charged in connection to the killing of an Oak Park man in May.

The May shooting took place after a verbal argument between the two parties escalated into several shots being fired at the 14000 block of Minock Street at Youngblood.

Sometime before 7:30 p.m. on May 27, Youngblood was seen leaving a gas station when a vehicle driven by Declouette pulled up next to him. Sitting in the backseat was Regland. 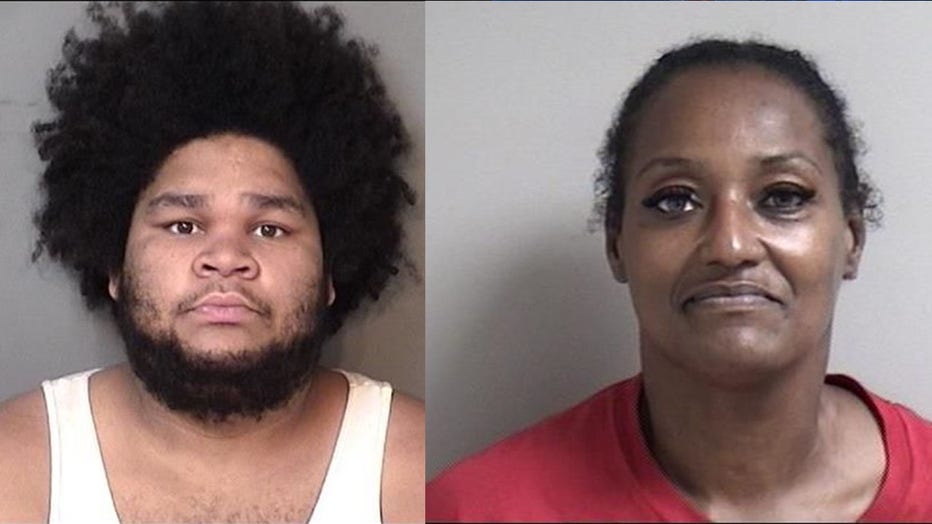 Joshua Regland, 22 of Clinton Township, and Renita Declouette, 51 of Detroit, are charged with killing Sherard Youngblood of Oak Park

A verbal altercation between the two escalated when Regland pulled out a weapon and fired, hitting Youngblood.

Detroit police were dispatched to the location shortly after. After arriving, they discovered the victim and medics transported him to a local hospital for treatment. He was pronounced dead on arrival.

An investigation by DPD led to the two suspect's arrest and subsequent charges.

The Wayne County prosecutor charged both with first-degree murder, as well as a felony firearm charge for Regland.

Both defendants remain in jail and have probable cause hearings scheduled for early October.