DETROIT (FOX 2) - Detroit police are looking for two suspects involved in a shooting during a marijuana sale gone wrong on the city's west side last weekend.

Two male suspects are being sought for the shooting, which happened at 10:17 p.m. Saturday, Oct. 17, in the 18300 block of W. Chicago. The 30-year old male victim met the suspect at the location to sell him marijuana.

While speaking to the suspect a second man immediately exited the pick-up truck, ran up to the victim, took his marijuana at gun point and then shot the victim. After the incident, both suspects then entered the passenger side of the pick-up truck and fled south on Fitzpatrick driven by an unknown driver.

The victim was transported to a nearby hospital by medics where he was listed in temporary serious condition.

The two fled in an older model GMC or Chevrolet pick-up truck which appeared dark-colored, possibly dark green. It does not have a tailgate, both rear wells have bondo filler or primer paint and it has running boards. Two stickers in the rear window, bottom right corner, (small American flag), center of glass, (Harley Davidson Wings).

If anyone recognizes these suspects, the vehicle or has any information pertaining to this crime, they are asked to contact the Detroit Police Department's 6th Precinct Detective Unit at (313) 596-5640 or CRIMESTOPPERS at 1-800-SPEAK-UP. 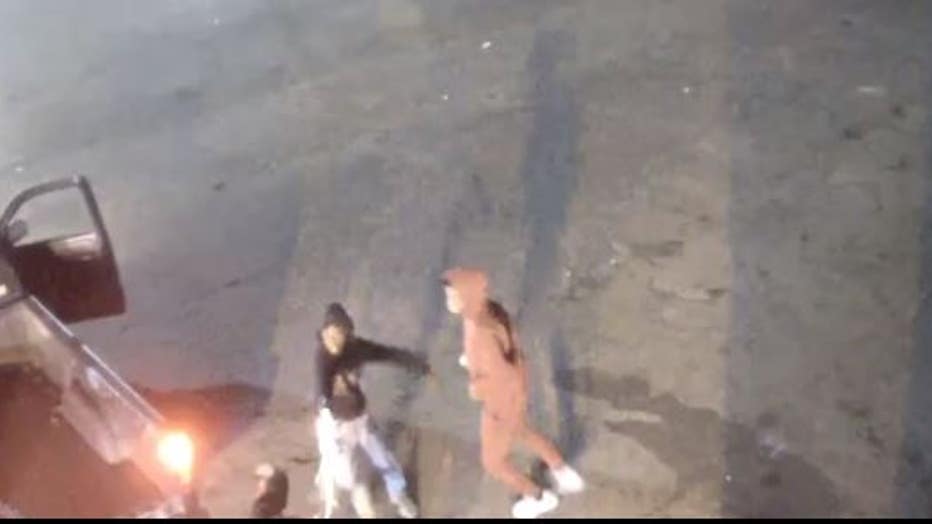