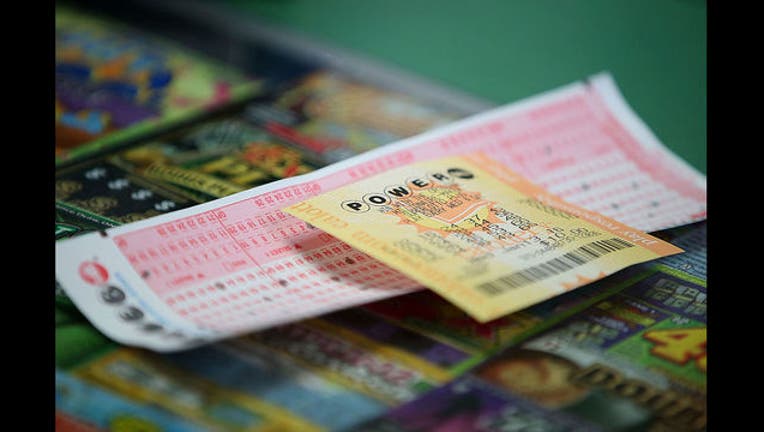 A Powerball ticket sits on the counter at Kavanagh Liquors on January 13, 2016 in San Lorenzo, California. (Photo by Justin Sullivan/Getty Images)

DETROIT (WJBK) - Two people in Metro Detroit are a million dollars richer - and may not even know it. Now the Michigan Lottery is hoping everyone who bought tickets in Belleville and Fowlerville to check their numbers.

The Michigan Lottery is putting out a call to anyone who stopped at the Belleville Fuel Mart on Main Street in Belleville and O'Connor's Deli on South Grand in Fowlerville. The winner in Belleville hit five balls on Saturday and won a million dollars while the Fowlervill ticket was sold on August 23.

If you check your ticket and you're one the winners, you can't collect your prize there. You have to contact the Michigan Lottery Public Relations Division at (517) 373-1237 to schedule an appointment to collect the big prizes in Lansing.

Powerball tickets are valid for one year after the drawing.