WARREN, Mich. (FOX 2) - The United Auto Workers Union says it put a package4 on the table that was flatly rejected by General Motors Wednesday.

GM said it continues to negotiate, exchange proposals and work toward a tentative agreement. The workers out on the picket line say they are going to wait it out - until they get the best deal.

As UAW GM strike drags on, workers say the battle is over job security

The United Auto Workers Union says it put a package on the table that was flatly rejected by General Motors Wednesday.

The UAW says a big part of the strike is fighting for a middle class way of life with job security at the heart of it all.

"Day 24, we are coming up on historic (number of days) as far as historic strikes with auto workers," said Gerald Lange, UAW Local 5960 VP. "How are we doing? We're doing great."

For the last few days the number of cars and products GM builds in other countries vs. the United States is a major issue.

"We've got 30 percent of GM products made in Mexico, 600,000 vehicles - all but 47,000 are being sold in the United States," Lang said. "And then you think about job security and our future, it has to be based in the United States. If General Motors wants to be an all American organization, they have to treat lower, middle class working Americans the right way."

A local UAW vice-president out of the Lake Orion assembly emphasized what the stats mean for workers around here.

"Our Orion facility has people driving in a 100-mile radius just to come to work," Lang said. "This strike is affecting (people) 100 miles outside of this location here."

UAW members have pointed to the $30 billion in profits GM has made over the past five years -- so they feel workers’ wages, signing bonuses, pensions, skilled trades and profit sharing need to be fairly worked out for them.

"I let the people who represent us, represent us," said Jeffrey Armster. "Hopefully they're doing the best they can, for us."

"I am hoping that we can get back to work and do business as usual," said Dorrie Auvil. "We have got to do business."

GM says it has invested $23 billion into America in the last 10 years versus $5 billion of investment in Mexico. The UAW said today that talks are ongoing. 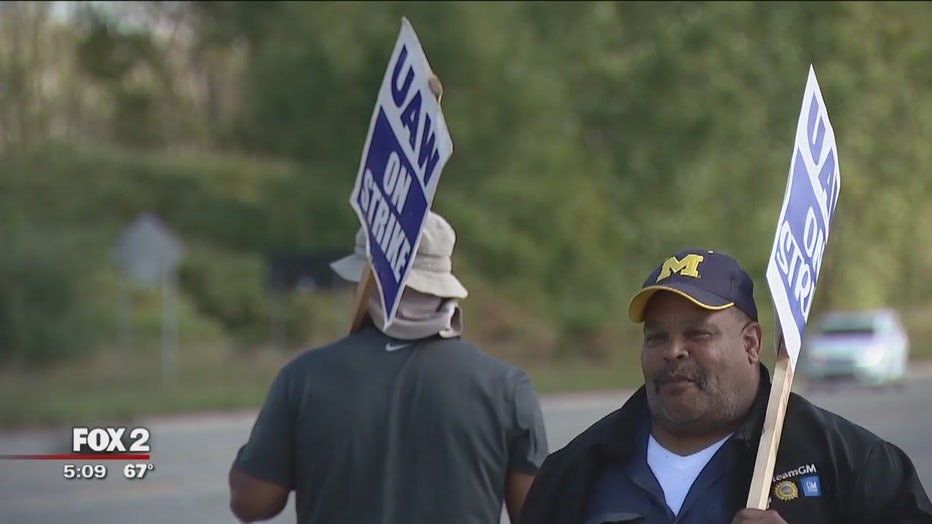