WARREN, Mich. (FOX 2) - Friday was day 26 of the strike in a week that's seen General Motors leader Mary Barra and UAW leadership meet behind closed doors. But another week still without a resolution.

The company said on Monday it made another offer to achieve mutual objectives including health care and a path to permanent employment for temporary workers. It is a claim the union disputes.

The UAW responded to a letter from General Motors detailing its efforts to secure a contract.

The company said on Monday it made another offer to achieve mutual objectives including health care and a path to permanent employment for temporary workers.

It is a claim the union disputes.

“The company's strategy of releasing half-truths does nothing to reach a final settlement for you and your families,” Dittes said.

Auto analysts are watch the back and forth and try to determine just what it all means.

“At this point I think they realize that no side can win if this thing drags on much longer,” said Paul Eisenstein, TheDetroitBureau.com. “The losses will be significant.”

Back on the picket line outside the GM Tech Center in Warren, the concern is for striking workers and how they are making ends meet.

“We want to make sure that there are rental assistance dollars available,” said Andy Meisner, Oakland County treasurer. “We are happy to call their mortgage company. But all the mortgage lenders need to treat this as a hardship and to make leniency. And the property owners need to do that as well.”

Meisner is trying to secure rental and other financial assistance for striking workers as supporters from the UAW and beyond show their solidarity.

“We're just coming together to make a stand but the strike is tough,” said Martin Tutwiler. “It's very tough.”

“I believe in what these men and women are doing and this is very important and it's important for all of us,” said Ann Zbrozek, who supports the workers.

“It's about time for shared prosperity,” said Tefere Gebre, executive vp, AFL CIO. “That’s why I am here to stand in solidarity with the UAW and to let them know to hang in there, you have 12 million hard working men and women standing right behind you.” 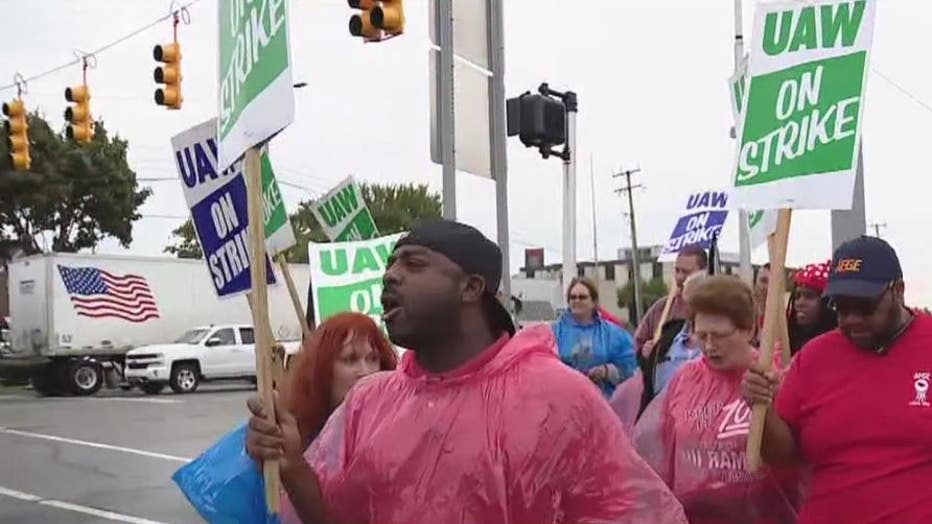