TAYLOR, Mich. (FOX 2) - Some of the biggest issues going on in Taylor were the things not mentioned in Thursday's 2020 State of the City Address.

Mayor Rick Sollars touted several improvements including recruiting brand-name businesses to the city and a program to continue cleaning up neighborhoods.  But looming over Sollars' head is an ongoing probe into corruption at City Hall and last year's federal indictment on bribery charges.

"In terms of regrets, I mean, the entire thing is a regret, it's a black eye to the city of Taylor," he said to assembled members of the media after the speech.

Sollars, along with Taylor's Community Development Manager Jeffrey Baum, are accused of taking bribes from businessman Shady Awad so his development company could get its hands on tax foreclosed properties owned by the city.

"I really try to keep it separate from the day to day of being the mayor of the city of Taylor," Sollars said. "I have a job to do. I'm committed to doing my job and until the very end I'm going to come here and give 110 percent each and every day."

But Sollars continues to maintain his innocence and denies that Taylor is a corrupt city.

"One-hundred percent not true, 100 percent false," he said. "I think there's a lot of people on social media who like to paint cities or elected officials with a broad brush. That's why it's important to fight this fight until the end and clear that for the city of Taylor and for Rick Sollars." 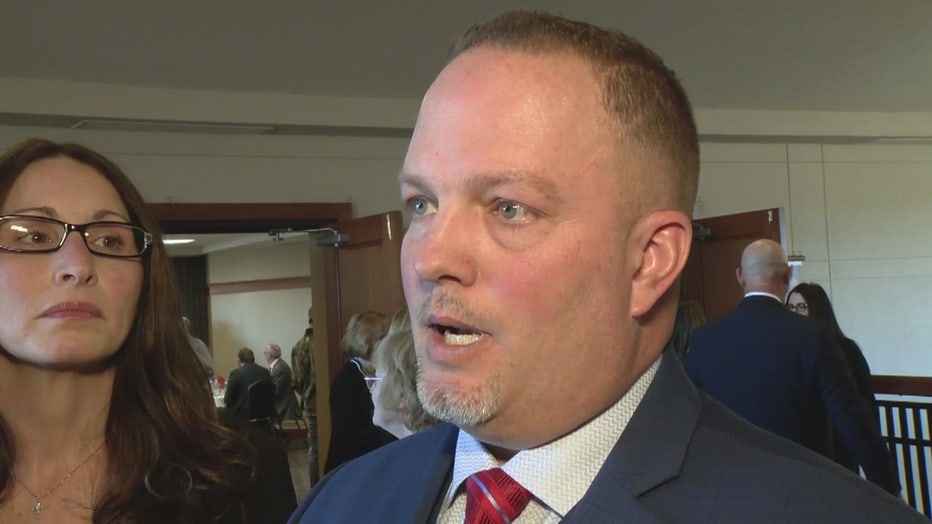