The university in Ann Arbor said in a statement Wednesday that an outside, independent investigation has been launched into the allegations against Anderson, the former director of University Health Service and an athletic team physician. He worked at Michigan from 1968 until his retirement in 2003. He died in 2008. The school said it has set up a hotline for others who have information to come forward.

The university is looking into allegations that a team doctor sexually abused patients during exams.

The revelations echo high-profile sexual abuse allegations made against sports doctors at other North American universities.

A former University of Michigan athlete wrote to Athletic Director Warde Manuel in July 2018 alleging abuse by Anderson during medical exams in the early 1970s. Interviews with dozens of other former students uncovered several more people who allege they suffered similar misconduct and unnecessary medical exams during that era as well as at least one incident as late as the 1990s.

"The allegations that were reported are disturbing and very serious," university President Mark Schlissel said in a statement. “We promptly began a police investigation and cooperated fully with the prosecutor's office.”

Stone said he also spoke with university police and filed a report detailing Anderson's actions during the exam.

The Associated Press doesn't typically identify sexual assault victims but Stone spoke publicly to The News. Stone, who is gay, said he reached out to the newspaper after he learned of additional allegations against Anderson.

“When I first wrote to the university, I thought, ‘Well, Dr. Anderson was a closeted gay man,’ and I had some compassion for a man at that time in that position,” Stone said. “Now I realize he wasn't a closeted gay man. He was a sexual predator and that's ... a criminal thing.”

The News also spoke to two of Anderson's children. Jill Anderson called the allegations “ridiculous," saying her father was “beloved” and “well-respected,” but that she recognized the strength of victims who have spoken out about other abusive doctors.

“I have great appreciation for people speaking up and saying that something is wrong,” she said. “That is not something I would have ever believed of my father.”

Anderson also worked with the football team during 25 bowl games and under four coaches, the News reported.

Officials say they are making the information public now following a determination Tuesday by the Washtenaw County Prosecutor's Office that no criminal charges would be authorized because Anderson is deceased and the ability to prosecute others for ancillary offenses has been extinguished because of the statute of limitations.

Dozens of people connected to Nassar, at Michigan State and in other organizations, face prosecution or have lost their jobs

Schlissel added that determining who else might have been affected and getting additional information from them includes setting up what's being called a “Compliance Hotline” at 866-990-0111. 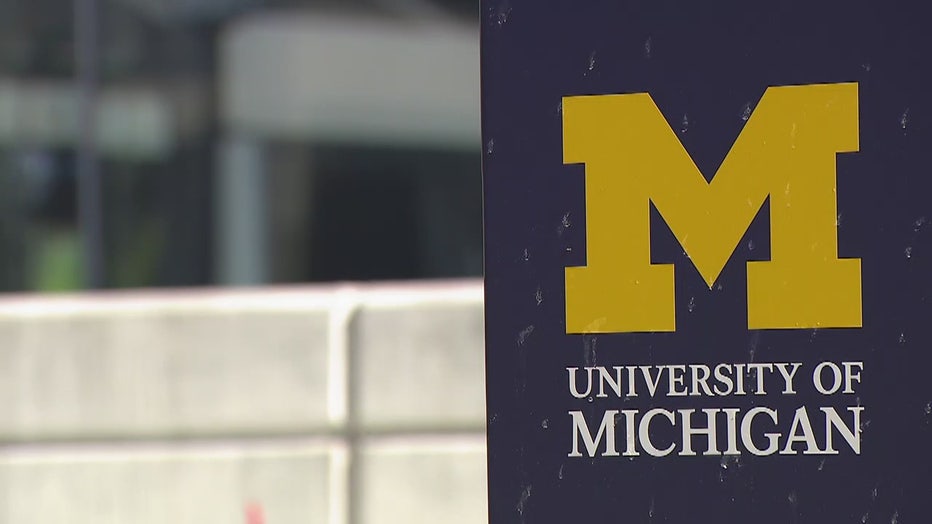 The outside review is being conducted the Washington, D.C.-based law firm Steptoe & Johnson.

At Ohio State, Strauss was accused of abusing students over nearly two decades beginning in the late 1970s.