DETROIT (FOX 2) - Crews out on a job site discovered a gravestone Wednesday in a neighborhood on Detroit's west side.

The contractor with Major Cement was doing a sewer repair in the 15000 block of Auburn near Fenkell around 4 p.m. when the gravestone was unearthed.

Gravestone dug up during sewer repair on west side of Detroit, but no remains to be found

While crews were working on a sewer repair on the west side of Detroit, they came across an odd find. It was a gravestone that read Nancy L. Walker. Oddly enough, there was no body to go with the gravestone.

Below her name appears to read: “She is gone but not forgotten.”

According to the Detroit Water and Sewerage Department, the crews stopped work so authorities can discover who the gravestone belongs to and possibly investigate.

DWSD said no apparent human remains have been found and nothing else unusual was discovered except the gravestone. 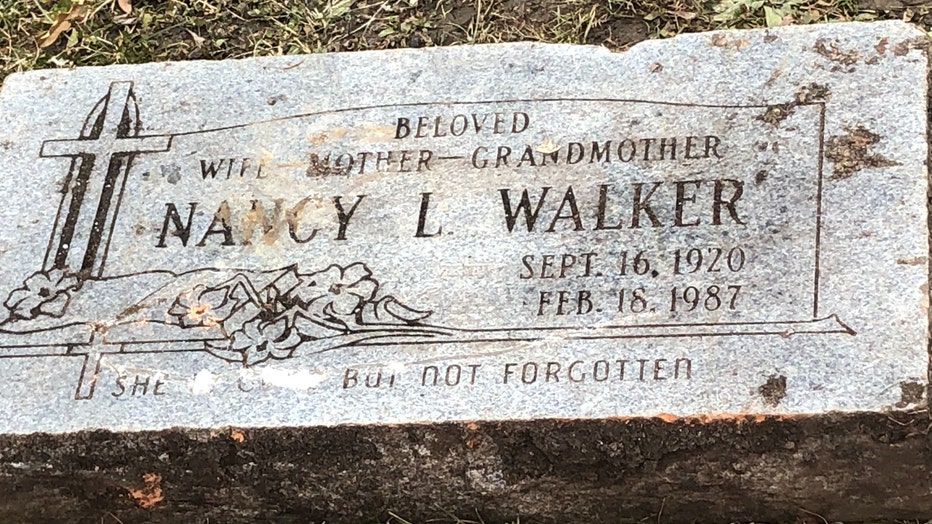