FOX 2 - Organizers behind a new petition are hoping to force Governor Gretchen Whitmer to "Unlock Michigan."

They are just days away from hitting the streets and asking for your signature. On Monday, the group was given the greenlight by the state to start a petition drive. The group wants to limit her emergency powers.

They are just days away from hitting the streets and asking for your signature. On Monday the group was given the greenlight by the state to start a petition drive. the group wants to limit her emergency powers.

"It is not just about this governor, it is about any governor being able to rule by decree for an endless about of time, with endless period of time without any limitations," said Fred Wszolek. "No governor should have that authority."

Wszolek, speaking for the newly formed group, said he believes Whitmer is abusing her power during the pandemic. Members of the group plan to hit the street this week with a petition that would repeal the 1945 Emergency Powers of Governor Act.

"In a real emergency in days or weeks, you can see how you would give these powers to an Executive," he said. "But eventually you return to normal order and this governor refuses to. The emergency is passed. Yes there is still a problem, nobody says the problem has vanished, but the emergency has ended."

Governor Whitmer, who says she has used data from health experts to issue emergency orders since the outbreak began calls the petition drive "irresponsible and dangerous."

If Unlock Michigan gets enough signatures, the governor would no longer be able to operate under the 1945 statute that allows her to extend the state of emergency as long as her term. It would then force her to follow a similar statute from 1976, which this group feels is reasonable.

"There is a 1976 Emergency Powers Law on the books that says the governor can declare a State of Emergency and after 28 days the emergency goes away unless the legislature votes to renew it. That seems pretty reasonable, after 28 days she has to get to consent from other elected officials to continue her emergency reign."

Back in May, Governor Whitmer tried to extend her State of Emergency order - but the Republican led legislature fought against the extension, which left her to rely on the 1945 law. 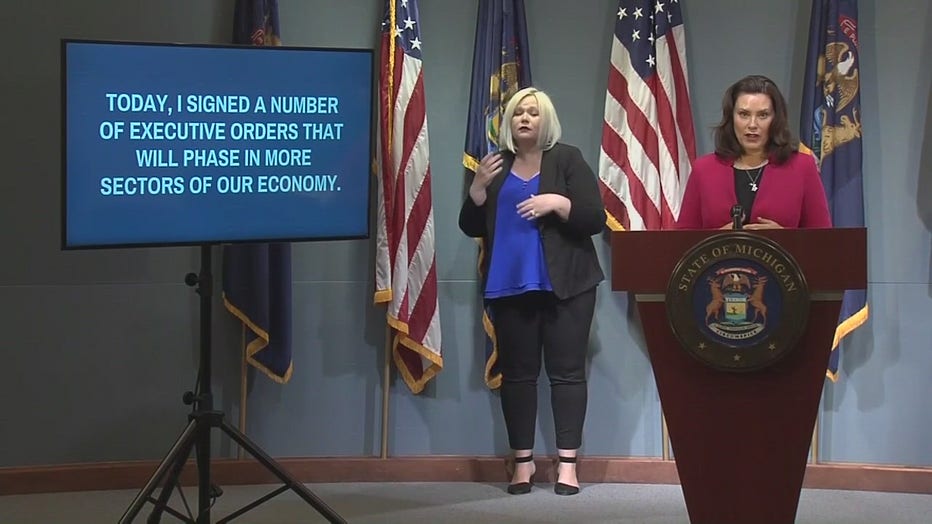 Tim Carroll from the Michigan Democratic Party says the push to take power away from the governor comes at the same time our state is seeing a rise in COVID-19 cases.

"While Republicans try to use the COVID-19 crisis for political gain, and the legislature is in the middle of a month-long break from session, Governor Whitmer is fighting every day to keep Michiganders safe and continue to move Michigan's recovery forward," Carroll said in a statement.

But Wszolek, who believes Unlock Michigan will be able to get the 340,000 required signatures says, it's not about orders in our state being lifted, it's about the process and more voices being heard to make those decisions.

"I am pretty confident," he said. "People are pretty up in arms about this endless state of emergency."

The effort has 180 days to get 340,000 signatures. If they do, it would go to the state legislature. If it fails there, it would show up on the 2022 ballot, because it is not just for Whitmer it is for any governor in the future.

To learn more, go to https://unlockmichigan.com/