FOX 2 - One of the tightest and contentious races for the U.S. Senate is here in Michigan where incumbent Democratic Sen. Gary Peters is battling Republican challenger and businessman John James.

FOX 2 caught up with James as he voted in Farmington Hills on Monday.

Race heats up for US Senate seat between Peters and James

One of the tightest and contentious races for US Senate is here in Michigan where incumbent Democratic Sen. Gary Peters is battling Republican challenger and businessman John James.

On experience as an elected official,  Peters has James beat, but political outsider James argues Peters hasn’t gotten enough done for Michiganders touting his own experience as a businessman and combat veteran.

Both differ on a number of issues like who is to blame for the state of coronavirus infections in the U.S. which have seen record daily total figures across the nation and in Michigan.

FOX 2: "Do you agree with the President's assessment on the coronavirus and its containment?"

"I believe that right now one of the biggest reasons we’re in this situation as a nation is because the people we trusted to prepare us for this pandemic, to protect us, failed in their duties.”

Peters has been critical of the Trump administration’s handling of the coronavirus pandemic, like a number of Democrats who have a problem with the President’s claim we are rounding the corner.

"This is about the people's choice, and that is what is at stake right here," Peters said. "We have to get everybody out."

Peters is also mobilizing voters to turn out for him in a race now closer than it was even a few months back. Each candidate scored endorsements from major Detroit newspapers.

One points to Peters as a highly productive senator with a strong record of bipartisanship and the other saying James would add to Michigan’s influence and increase representation for its people in the Senate. 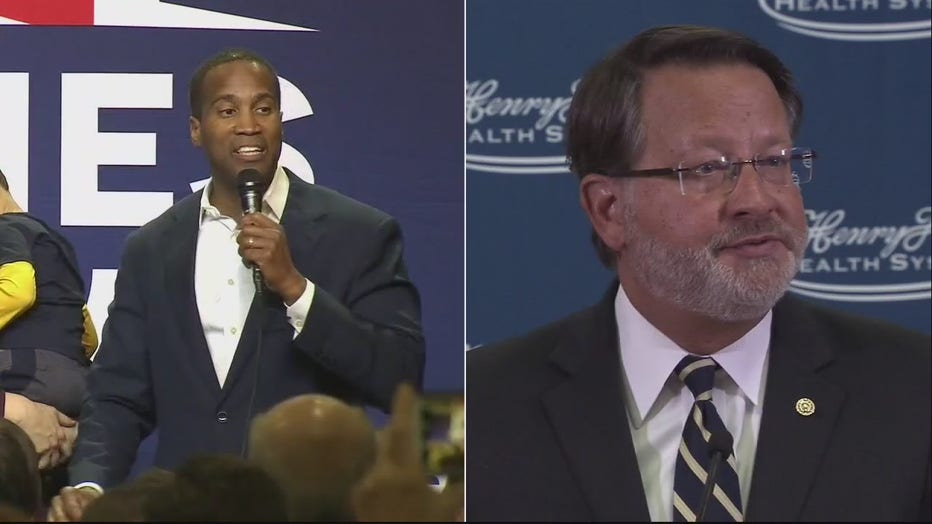 A Real Clear Politics poll average puts Peters ahead of James by just over five points.